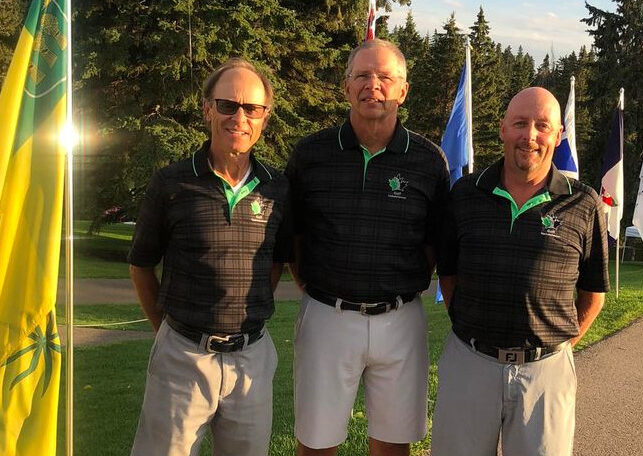 Much like the Canadian Senior Women’s Championship in Winnipeg, all reports back from Red Deer is the men’s event was also fantastic.

The team of Rick Hallberg, Brent Wotypka, and Rick Hillestad finished in fourth place in the inter-provincial competition, just two shots off the bronze medal.

Marty Ring and Brad Phelps also competed in the event.

Hallberg and Wotypka joined Golf Saskatchewan’s Clark Stork to discuss the week at the Red Deer Golf and Country Club.