Ziglo back on top of amateur women’s mountain 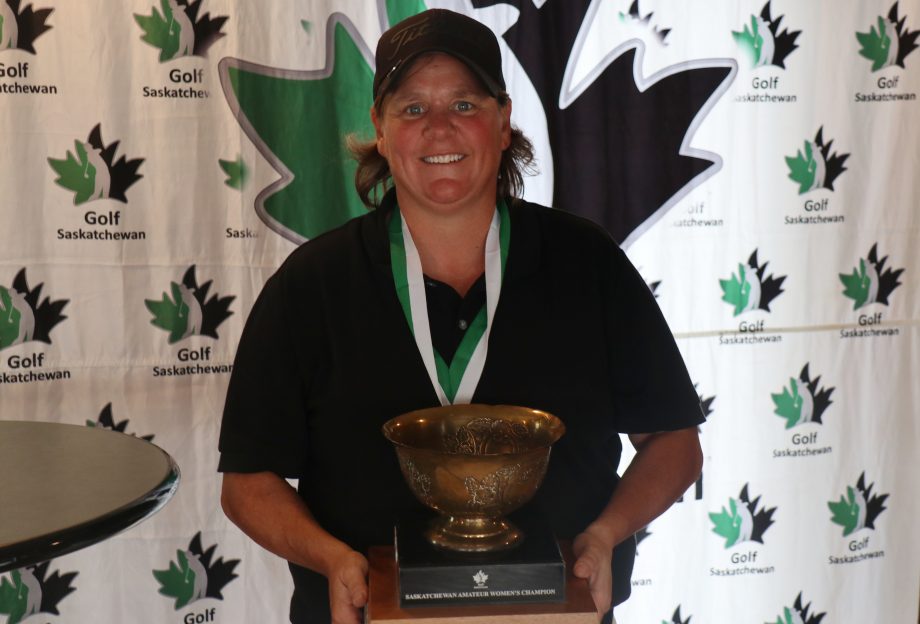 Ziglo, 46, took advantage of a mistake on hole 17 by defending champion Carla Odnokon gaining a pair of strokes before birdying the final hole for her first amateur win since 1995. Ziglo said that was the turning point in the round.

“On 16 I missed a shot to let Carla go two ahead,” Ziglo explained. “I was torn between clubs and the air was getting heavy and there was some rain coming. I saw her shot go up and I think the air was heavier than she had planned on, so I picked the higher club and the door opened.”

Odnokon’s double bogey coupled with Ziglo’s par set the veteran Saskatoon Golf and Country Club players up for a one-hole showdown on hole 18. Both hit solid drives but with Odnokon slightly blinded by trees on the right of the fairway at Moon Lake Golf and Country Club she was forced to lay up. Ziglo had a clean shot at the green. Ziglo did fall short but put her chip tight to the hole, Odnokon was left with a lengthier putt. She just fell short for birdie, Ziglo knocked hers down for the dramatic win. Ziglo said coming from behind in the latter stages is more comforting to her.

“I think there always that little bit of extra pressure because people are expecting you to finish. It’s one thing when you are chasing within striking distance, those are a couple tough finishing holes, so I’d like to say I like to be chaser today,” she said.

Ziglo finished with a three-round total of plus-13, 229. Oknokon one back at 230. Saskatoon’s Kim Brown won the bronze medal at 17-over par, 233. The three medal winners were the veterans of the 14 player field. Brooklin Fry, 14, came in fourth and played well within the final group on back to back days. Ziglo said the future is bright for women’s golf in Saskatchewan and she’s happy to get at least one more victory.

“I don’t think people expect it anymore because we’re getting pretty old but at the end of the day it’s fun to win a golf tournament,” she said.

Regina’s Alex Schmidt rounded out the top-five with a 26-over 242.

Saskatchewan is eligible to send four players to the Canadian Women’s Amateur Championship in Red Deer, Alta. later this summer. Those four names will be announced soon.