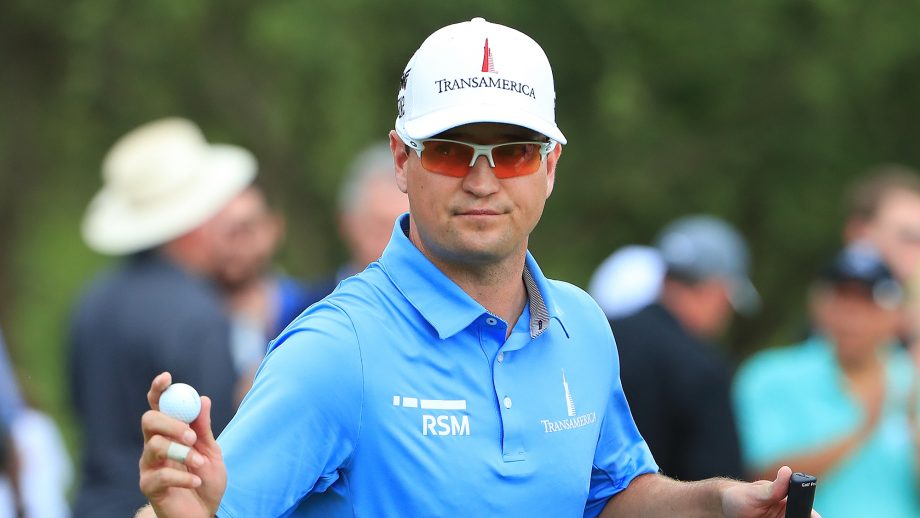 SAN ANTONIO – Zach Johnson birdied the par-5 18th Saturday at the Valero Texas Open for a share of the third-round lead with Andrew Landry, a stroke ahead of record-setting Trey Mullinax.

Johnson won the event in 2008 and 2009, the last two times it was played at LaCantera. The 42-year-old Iowan is trying to win for the first time since the 2015 British Open.

“I’ve got 18 holes to get to that point,” Johnson said. “I’ve got to do exactly what I did on the back side and that was give myself opportunities on every hole. I’m putting great, I’m seeing the lines well, my caddie’s reading the greens well, so it’s just a matter of committing and executing down the stretch.”

The 30-year-old Landry is winless on the tour.

“I’m a good putter and I just need to give myself a lot of opportunities tomorrow like I did today,” Landry said. “I’ll be looking forward to tomorrow.”

“It’s probably one of the best rounds I’ve ever had,” Mullinax said. “To go out there and shoot 62 on a hard golf course is really good.”

“Different wind today early on, misjudged some numbers, misjudged some wind, made some bad swings, all of the above,” Johnson said. “But truthfully, my short game was actually pretty good, my putting was great. I missed some putts, but I hit some really good ones, hit some lines and I gave myself opportunities especially on the back side.”

Landry had a bogey-free round.

“I just did everything really good,” Landry said. “I was staying patient and just trying to make a bunch of pars. This golf course can come up and bite you in a heartbeat.”

“I just feel like I’m getting closer and closer to playing better and better golf, more solid golf, putting rounds together,” Walker said. “I’m excited for the opportunity tomorrow.”

“They just kind of remind me of greens from home,” Mullinax said. “My caddie, David (Flynn), has been reading them really well. We trusted each other on our reads and I’ve been hitting good putts. Been working hard on putting on the weeks off that I’ve had so it’s good to see some results.”

The 25-year-old former Alabama player chipped in for the eagle on 14 and the birdie on the par-3 16th.

Canadian Olympian David Hearn struggled with a 1-over 73 on Saturday to fall from a tie for 5th into a share of 20th heading into Sunday’s final round.