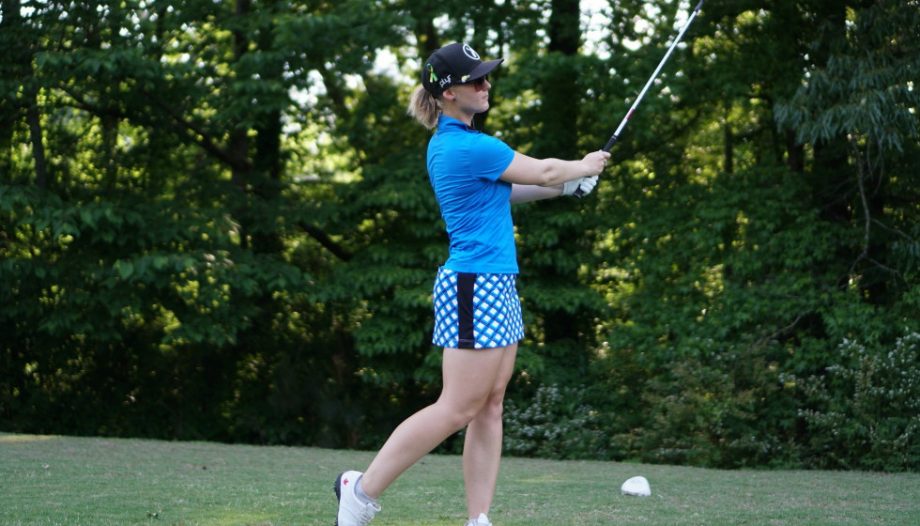 The former Riverside Golf Club member won the New Hope Oklahoma Championship on June 23 in Indian Springs. The event was a mini-tour tournament managed by the Women’s All Pro Tour. The five-time Saskatchewan Women’s Amateur Champion said it was fantastic to collect her second professional tour victory.

“It is great to have a little more money in the bank, but I think what I am more excited about is that I’ve been working on a couple more things in my game and my swing and it finally all came together,” Young told Golf Saskatchewan. “I still made some mistakes, but I came back from them which I am really proud of. I was very patient, I’ve needed to do that, I am glad I could let myself do that.”

Young, 24, shot 68, 74, 73 for a three-round total of 215, four shots better than the rest of the field. The victory earned her $5,000. The former University of Florida Gator has a third-place finish on the tour this year as well. She said her eyes were opened when she first relocated to the United States to pursue a golf career.

“Having a good short game and having a good outlook on the game and being realistically positive is important coming out of Saskatchewan. As terrible as the weather is sometimes I feel I have an advantage now than if I would have grown up anywhere else,” she said.

Young is on the Symetra alternate list meaning her schedule fluctuates, she is not guaranteed to be included in tournaments but does qualify through certain event criteria. She will play in this weekend’s event in Ohio and tee-off just after 2 p.m. Friday. Back home, Golf Saskatchewan will hold their Amateur Women’s Championship in Elbow this weekend with 12-year-old Ella Kozak in the field. Young said it’s great to hear of upcoming talented female golfers.

“Another young one is playing, and she is shooting in the 80’s, I am already pumped for her,” Young said.

She is continuing to work at claiming a position on the LPGA, the Symetra Tour is considered a developmental tour equivalent to the Web.com Tour on the men’s side. Despite the uncertainty Young plans to keep working hard towards her end goal.

“I fell like I am playing really well, I just want to get out to the tour I want to be on,” she said.