Young beaming ahead of LPGA debut 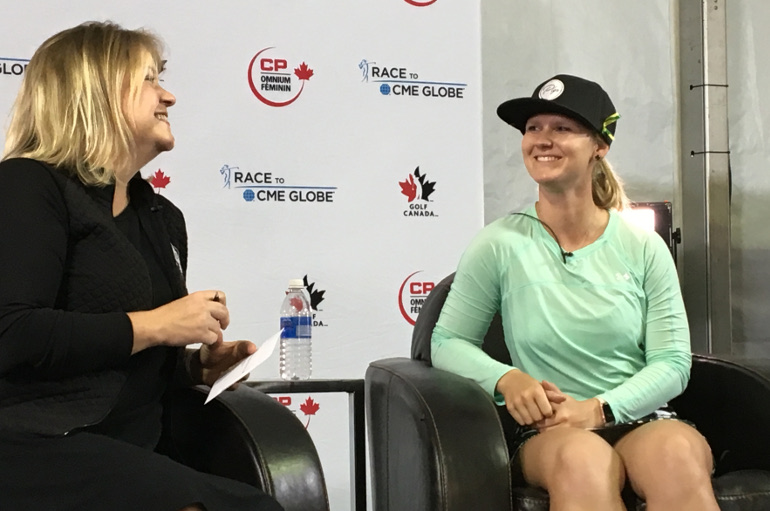 Anna Young spoke to the media on Tuesday at the Wascana Country Club.

Saskatoon’s Anna Young is ready for her “dream to come true.”

The five-time Saskatchewan Amateur Women’s champion is preparing to play in her first ever LPGA event, fittingly in her home province. Young, 24, received a sponsorship exemption into the CP Women’s Open earlier this season. Speaking at a media conference Tuesday at the Wascana Country Club, she said the event is a moment she’s been waiting a long time for.

“It’s pretty awesome, I am so excited to be here. My first LPGA event in my home province, this is a dream come true,” Young said.

She won her last provincial amateur event in 2015, following her amateur career she turned professional and currently plays on the Symetra Tour in the central United States. She has two professional wins on her resume. Young said she is familiar with the Wascana course growing up in Saskatchewan but seeing the club set up for a Tour event is neat.

Prince Albert’s Danny Klughart is caddying for Young during the event. The two became good friends in their early teens playing junior golf events together in Saskatchewan. Klughart is missing the Canadian Mid-Amateur Men’s Championship this week to honour a long-time pact between the two.

“We would travel to tournaments, our parents were friends, so we travelled together,” Young said. “We became pretty good friends and I always joked that he was going to caddy for me at my first LPGA event and now he is.”

Young will play in the Pro-Am on Wednesday teeing off at 10:30 a.m. The first round of the tournament begins Thursday morning. She said she’s looking forward to testing her game against the world’s best.

“When I was a junior I played in women’s events, when I was an amateur I played pro events. I jumped one step ahead just to try and get ready. It’s nice I will finally get a chance to compare my game to the best in the world and see how close and how far I am and what needs to be better,” she said.

Young hopes her Saskatchewan roots are beneficial, she said the wind can cause some players some trouble. She hopes that’s an advantage through out the week. She said whatever her result is in the Open, she’s thankful her debut is in her home province.

“Saskatchewan is a very supportive province, I’ve had a lot of people come up to me and tell me they are rooting for me,” she said.

You can hear Young’s complete media conference audio below.