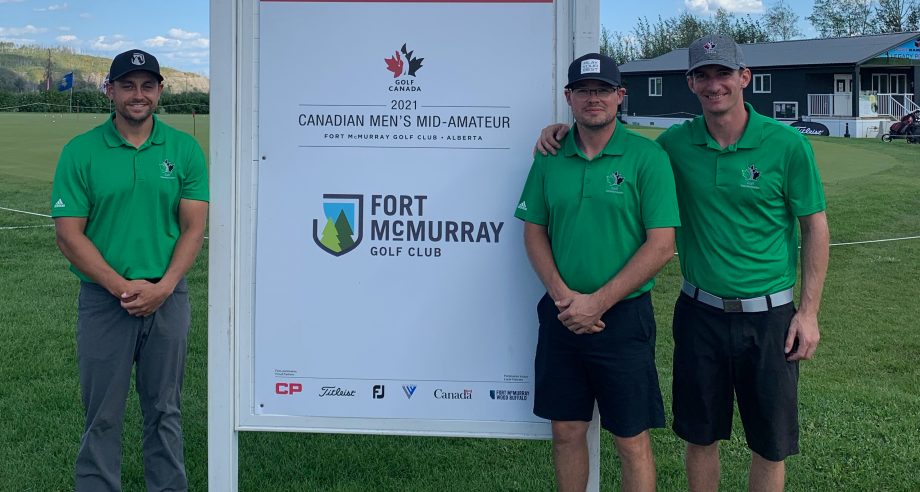 Justin Wood will return to Saskatoon with a national top-three finish at the Canadian Men’s Mid-Amateur Championship in Fort McMurray.

The former Unity resident is the highest placing Saskatchewan player at the championship since 2017 when Tyler Wright was fifth at the Wascana Country Club.

Kindersley’s Kyle Wiebe will finish in 12th place, all alone at 12-over par.

David Stewart carded a 74 on the final day, he tied for 16th.

Jehremy Ryde of Saskatoon shot a solid 73 in the final round, he tied for 19th at 17-over.

Prince Albert’s Danny Klughart will finish in a tie for 25th at 20-over par, Brett Henry, also of the Gateway City was shot behind at 21-over par. Henry was tied for 28th.

Regina’s Jason Klemenz jumped five spots on the leaderboard Thursday after carding a 78, he will finish in 38th.

Former Saskatoon resident Taylor Afseth, now of Victoria, B.C. will finish in 47th at 29-over par.

Michael Smith of Saskatoon was steady over his final three days of the tournament including a 78 in the final round. He was 51st at 30-over par.

Rick Hallberg (Weyburn) shot 12-over in round four, the Saskatchewan Mid-Masters and Senior Champion returns home with a 52nd place finish.

Regina’s Travis Fifi concluded the championship at 35-over after his 80 on Thursday, he tied for 59th.

Birch Hills golfer Jeff Whitfield posted an 83 during his final round, he tied for 69th at 46-over par.

Complete results can be found here.

*We will hear from some of the players next week including Wood after his outstanding performance.