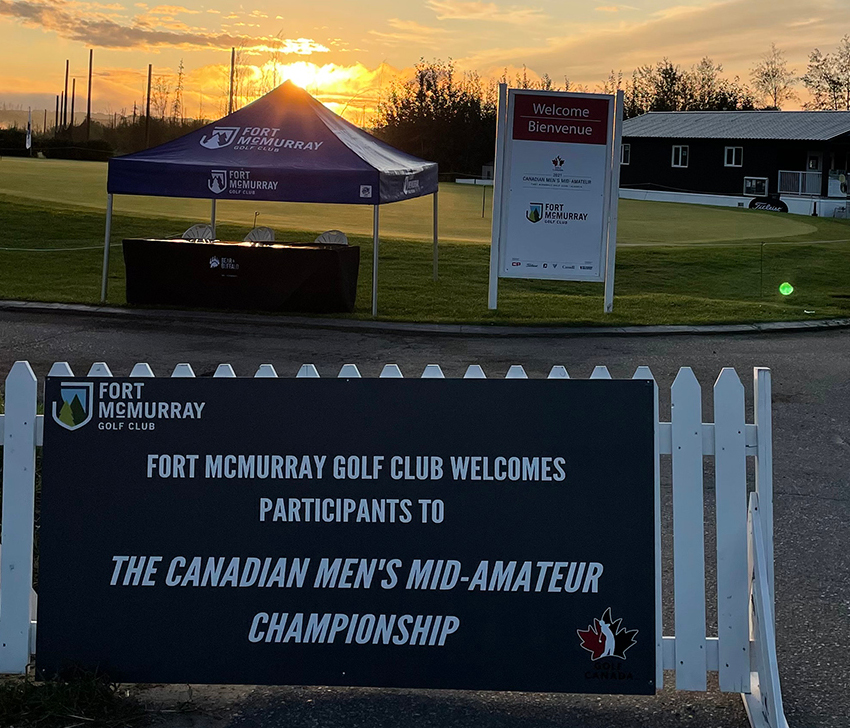 Saskatoon’s Justin Wood continues to stay in the hunt at the Canadian Mid-Amateur Championship in Fort McMurray, Alberta.

Wood followed his even par 72 during Tuesday’s round one with a one-over, 73 on Wednesday at the Fort McMurray Golf Club. The former Unity resident is just three strokes off the lead. Charles Fitzsimmons of London, Ontario retained his first-round lead at two-under par.

Prince Albert’s Brett Henry is within striking distance of the lead as well. Henry shot 74 on day two, he’s at three-over, tied for fifth.

Kyle Wiebe of Kindersley and Saskatoon’s Jehremy Ryde are tied for 20th place at eight-over par. Wiebe shot 78 in round two, Ryde carded a 79.

Saskatchewan mid-am champion Danny Klughart is tied for 32nd, he shot 77 on day one and 78 in round two.

Regina golfer Jason Klemenz and Scott Thompson of North Battleford are both 12-over par. They are tied for 35th. Thompson was the biggest mover of locals on day two, he slid 37 spots up the leaderboard.

Rick Hallberg of Weyburn posted rounds of 77 and 80 through the first 36 holes of the championship, he’s tied for 40th.

Saskatoon golfer David Stewart jumped 21 positions on Wednesday chopping six shots off his opening round of 82. Stewart is tied for 44th at 14-over par.

Shaun Dunphy is at 18-over par, the Saskatoon product is tied for 57th.

Michael Smith, also of the Bridge City sliced 10 strokes off his opening round, his 77 in round two helped him make the cut at 20-over par.

Regina’s Travis Fifi and Birch Hills product Jeff Whitfield will also play the final rounds, they are both at 21-over par, one stroke under the line.

Saskatoon’s Scott Allan had a recorded score of seven-over par on Tuesday, the leaderboard later read he was disqualified after the round.

All the results and Thursday’s tee times can be found here.