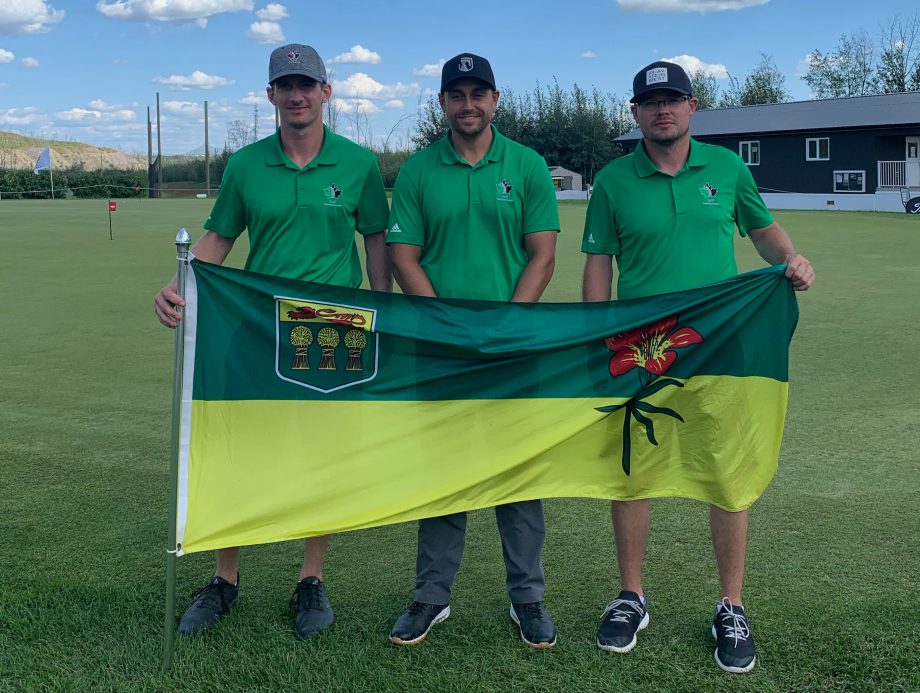 Saskatchewan golfers are being found near the top of leaderboards from the oilsands of Alberta all the way to the Atlantic Ocean this week.

At the Canadian Men’s Mid-Amateur Championship in Fort McMurray; Saskatoon’s Justin Wood is tied for second-place going into Thursday’s final round. He shot 74 on Wednesday in round three of the 72-hole tournament, he sits at three-over par. Edmonton’s Neil Thomas is the new leader of the national championship at one-under.

Prince Albert’s Danny Klughart and Brett Henry, as well as Kindersley’s Kyle Wiebe are all inside the top-20, tied in 19th place at 13-over par.

David Stewart of Saskatoon is in 24th, he has shaded at least four strokes off each round, his 72 on Wednesday was the lowest round of the day for the Saskatchewan contingent.

Scott Thompson (North Battleford) and Rick Hallberg (Weyburn) are 19-over par, that’s good enough for a tie of 39th.

Birch Hills golfer Jeff Whitfield posted an 86 during his third round, he’s 35 over par, tied for 71st.

Complete results can be found here.

The Prince Edward Island Open is turning into quite the professional debut for Kade Johnson.

The Yorkton product made the switch to profesional earlier this month and is competing in the event, alongside 2011 Saskatchewan Amateur champion Troy Bulmer.

Johnson opened the 72-hole event with a 71 on Tuesday, in round two the Deer Park Golf Course member shot 68. He sits five-under par, all alone in fifth-place going into round three.

Bulmer, who now plays out of Vernon, British Columbia has shot 71 and 70 through the first in 36 holes. He sits in a tie for seventh at three-under.