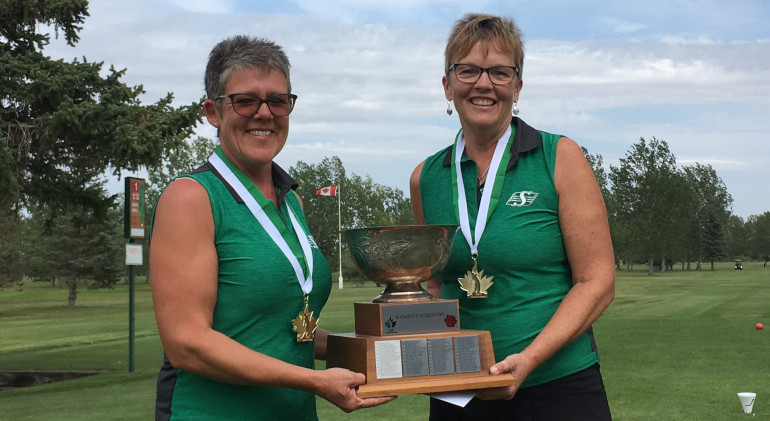 Sandra Williams and Kathi McDougall are the champions of the 49th Rosebowl.

Sandra Williams and Kathi McDougall are the champions of the 49th Rosebowl held this week in Moose Jaw at the Lynbrook Golf and Country Club.

The Katepwa Beach Golf Club players won the two ball – better ball format event with a 36-hole score of 28-under, 118.

Four other teams tied for fourth at minus-23.

18 teams took part in the two-day event that is open for players with a minimum combined handicap of 33. No individual can have a handicap lower than 16.5.

The 50th Rosebowl will take place next year at the Katepwa Beach Golf Club. Dates are tentatively set for Aug. 12 and 13.