Why you should get fitted for golf clubs 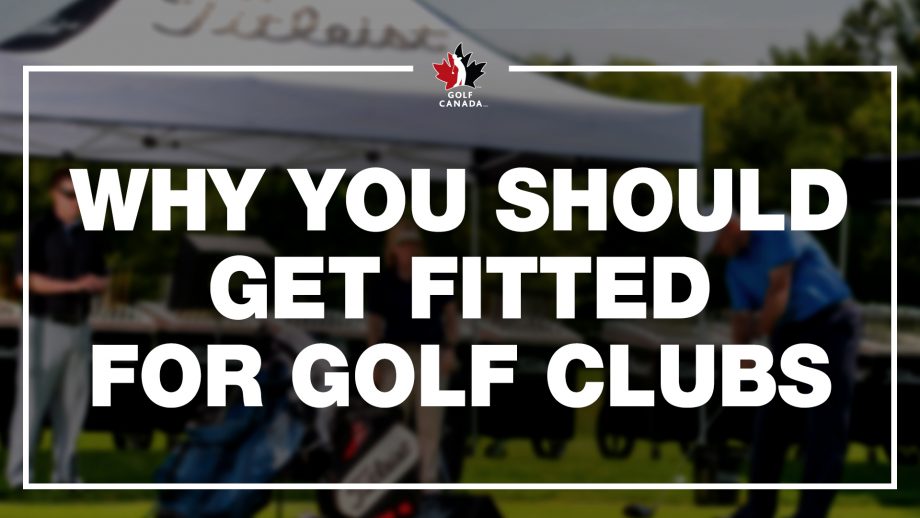 In golf, there is no such thing as “one size fits all.”

That’s why there are different sets of tees to accommodate all types of players. That’s a good thing.

That’s also why there are so many options when it comes to equipment. That could be a good thing but, for the vast majority of you reading this, it’s not. And it’s your fault.

You’re probably thinking, “I’m not good enough to get fitted for golf clubs.” Interestingly, this is the most common excuse you likely cite when asked why you don’t have a Handicap Index. And, in both cases, you are wrong.

It’s not about your ability, says Rick Young. It’s about your level of commitment.

“It makes zero sense to buy golf clubs without getting fitted,” says Young, SCOREGolf’s longtime equipment expert. He warns against purchasing new clubs off the rack as well as new or used clubs online.

His point is repeated by every expert in the field. Many compare buying a standard set of clubs to purchasing apparel. While that might be a touch trite, it is undeniably accurate.

The average Canadian man is 5’8” tall and weighs 182 pounds. The average woman is just over 5’3” and about 153 pounds. Chances are that doesn’t describe you so the odds that the clothing that fits those “average” Canadians wouldn’t fit you either.

So why are you playing their golf clubs? Essentially, that is what you are doing when you buy a standard set off the rack.

I’m 6’2” and weigh 220. Not average, by any means. So my clubs are a little longer than standard, the lie is a touch upright and the grips are slightly larger. As I get older, I’ve switched to regular shafts in my irons from the stiff version I played for years. There’s no chance my 5’4” wife (about the national average) was fitted for the same clubs as our 6’1” daughter. Thank goodness she got her looks from her mom and her height from me and not the other way around.

Like our dimensions and ages, our Handicap Indexes vary but we all saw getting fitted for clubs as an investment in our enjoyment of the game, not just an expense. Playing the wrong clubs can be discouraging, infuriating, and can dissuade you from playing more golf.

“Do you want to get better? Then get fitted, even if you’re terrible,” says Tony Covey, managing editor of My Golf Spy, an independent online reviewer and evaluator of all things golf.

“You don’t have to spend a lot of money right out of the gate. As you improve and your scores go down, you can get re-fitted and either get your clubs adjusted or invest in a new set and sell the old ones or trade them in.”

Covey also cautions against some of the misconceptions that may influence your equipment choice.

“Don’t get sucked in by brand bias and some of the other mythology that’s out there. Do some research and then find a reputable expert and listen to them.”

Ian Fraser is the founder and CEO of TxG (Tour Experience Golf) with locations in Toronto and, soon, Mississauga, Ont. With a background in club fitting, he worked with beginners as well as superstars like Colin Montgomerie, Gary Woodland and Eduardo Molinari before coming to Canada to start Modern Golf, a leading-edge club-fitting company. In 2015, he left Modern Golf to found TxG.

As a nod to his expertise, GOLF Magazine named TxG No. 2 on their 2020 list of the top club fitters in North America.

Fraser points out that the proliferation of golf club technology has made getting properly fitted more essential than ever. There are more than 30,000 potential combinations to ensure the client gets the correct “prescription,” as he calls it, for 14 optimized clubs to maximize their enjoyment and lower their scores.

A full-bag (driver through putter) fitting session takes 4 ½ hours. Don’t panic. Much of that time is spent discussing, analyzing and advising. It’s not a ball-beating marathon.

Not surprisingly, that philosophy is echoed at Fraser’s former hangout, Modern Golf, which has locations in Mississauga and Vaughan in Ontario, two in Calgary and one in Vancouver.

At Modern Golf, TxG and other sophisticated fitting facilities, the technology, such as ForeSight and other high-tech aids, is on par with the expertise of the humans doing the hands-on fitting. For example, Modern Golf has a “coach/build” concept that places a fitter and a coach in the fitting bay with you. That combination doesn’t come cheap but, remember, this is an investment.

At Modern Golf, the $400 full-bag fitting fee is waived if you purchase a new set of clubs. The fee is also waived for any of their other fitting options ranging from single clubs like the driver or putter to irons and wedges.

Once you’ve committed to a fitting, go all the way, Young recommends.

“One thing people don’t realize is that 42 per cent of your shots are on the green but people will walk into a golf store, try two or three putters and when they make a couple of putts, they fork over two or three hundred dollars for a putter that most likely is wrong for them. Do you need a mallet or blade, toe-balanced or face-balanced, what loft, what length, what grip, what kind of putting stroke do you have … these are all questions you need expert advice on.

“And how about your wedges? Do you have the right gapping between your wedges? Are the lofts right for you? How about the bounce?”

Young believes not getting fitted can discourage new golfers who want to enjoy the game but have the wrong equipment. If, for example, the lie angle on those used irons you bought for a song is too upright, you’ll likely be hitting pull hooks. Or if the lie is OK but the shaft is too stiff, get used to hitting a bunch of low-right screamers.

“The worst mistake you can make, at any level, is buying clubs that work against you,” says Matthew Sim, Modern Golf’s Director of Operations.

If getting to some of the facilities mentioned here is inconvenient, there are lots of other options. If you’re really out in the boondocks, major manufacturers have online fitting apps for everything from clubs to balls.

Fittings are easy to arrange with many PGA of Canada members across the country offering fitting services. If you decide to purchase new clubs, the fitting fee is waived in most cases.

Alternatively, many courses have “demo days” during the golf season where one or more of the major club manufacturers set up shop on the range. “This is one of the best ways for novice golfers to get a baseline for fitting if they’re unsure of what they want for free,” says Young.

Just as there is a fitting option suitable for every budget, so too is there one for the clubs themselves, even at places like TxG.

“If the client says, for example, that their budget is $900, then we give them the very best value we can for that budget,” says Fraser. “We treat every client the same whether they’re a pro or a beginner. It’s in our best interest to make sure they not only get better but have more fun.”