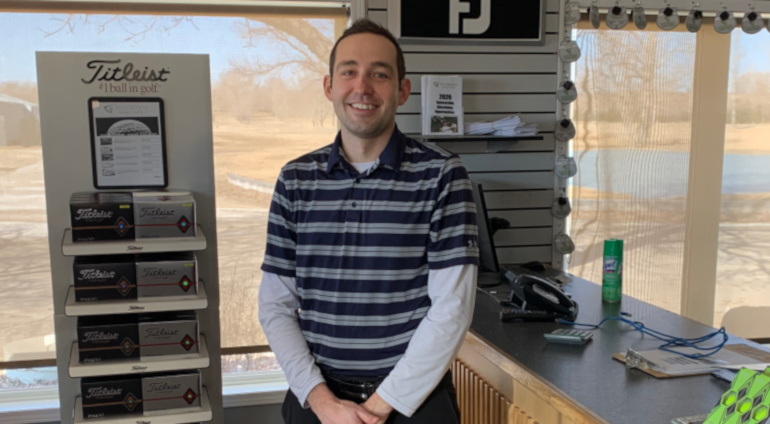 Dru Bolen is the new manager of the Weyburn Golf Club.

The board of directors for the Weyburn Golf Club have hired an experienced course manager from Texas to oversee their operations.

Dru Bolen started working in the golf industry when he was 14 years old in his hometown of Dallas. He climbed the ladder in the industry but in 2009 he was the victim of mass golf course layoffs. Bolen fell back on teaching high school math but worked towards a master’s degree in business and finance. He was able to use that to get into management and was part of the team overlooking three Dallas area courses.

Bolen’s wife is from Regina and the couple have wanted to move back to Canada while their two boys were young. The Bolen’s have been living in the Saskatchewan capital for about a year but now have relocated to Weyburn following the hiring. He said the position is a perfect fit for him and his family.

“We were living with family, I had applied to work in proshops in Regina, it didn’t matter me. I just wanted to stay in golf more than anything and my wife was good with that,” he told Golf Saskatchewan. “This came open so it’s perfect. Everything is in storage since July, so we were open to moving anywhere. This is perfect to get out of the family’s house, have our own space again and for me to learn a lot of different things.”

Bolen is at the course now getting prepared to open when the provincial government declares courses can do so. He said it’s “weird” not being open now as he’s accustomed to Texas weather and lengthier golf seasons. He said that he will have to adapt to the much shorter playing time. One thing he won’t have to learn is who Graham DeLaet is. Bolen has been with his wife for a decade and has spend plenty of time in the province so he’s familiar with the PGA Tour pro’s career.

“It’s awesome, I actually followed him around the Byron Nelson in 2015,” Bolen said. “My wife is from here, so I knew of him and we always went to the Nelson, so we followed him around. I got one of his golf balls and an autographed Koozie. I have never met him other than him giving me that, but it is really cool. This whole town has been unbelievable. I’ve never been around a place that loves their golf course and is so passionate.”

Like all course managers across Saskatchewan and the nation, Bolen is eagerly awaiting a government decision regarding opening courses. He said he’s excited to get to work once the green light is given.

“Things are going to be very different regarding the building and operations. I look forward to hopefully keeping the staff, I know some are gone and I really wish I had more staff to train in my past life to keep people in the business. That’s kind of what makes me sad about this is the number of people leaving the business that are good people because there just won’t be enough jobs for them. If we can protect the people in this town and that are at this course now and keep them in golf from a staff perspective, that’s one of my main goals,” he said.

Bolen takes over the job from Brett Berkner.

You can hear more from Bolen below.