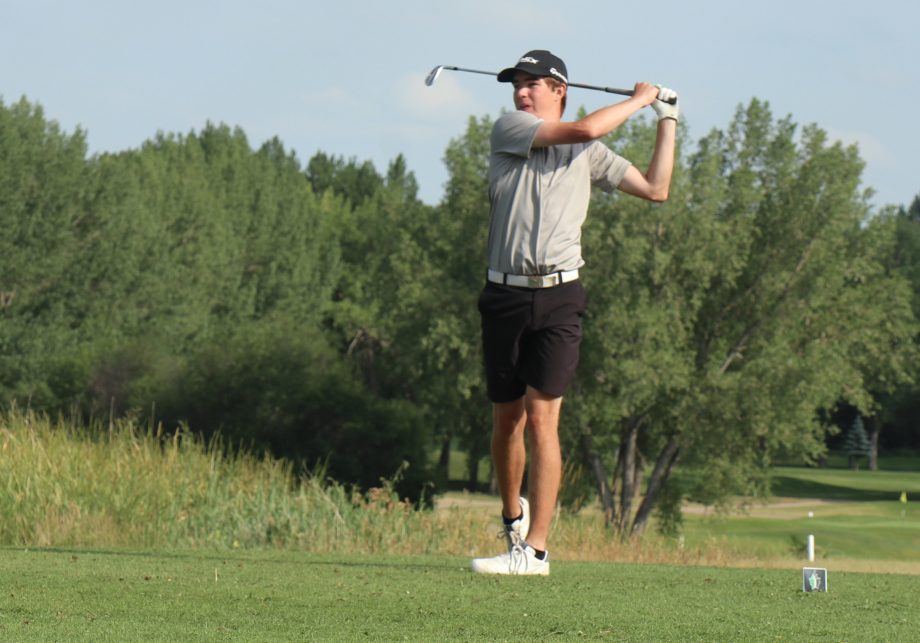 West, 18, graduated last June and has been working steady since but on advice from his parents he was encouraged to pursue a post-secondary education. West put together a Next College Student Athlete (NCSA) account and he said the process to commit to Bellevue was swift.

“After golf season I was just working and dad told me I have to ‘get off my butt’ and find a place to go to school,” he said to Golf Saskatchewan. “I made an account on NCSA and within an hour of being on it the coach called me and asked if I wanted to come down. I went down, I liked it, so I committed.”

The Bellevue Bruins compete in the National Association of Intercollegiate Athletics (NAIA) and have seen a god amount of success so far in the 2021-22 season. The team has six wins already this year out of 11 events dating between September and October of last year. The school also enters many events under coach Rob Brown. West said the winning culture and size of the campus were key factors in his quick decision.

“Number one is how small the school is, there is only 500 people on campus and that’s more comfortable for me because that’s where I come from. They play a lot really good courses like Whistling Straights and TPC Deere Run, and courses like that so that made me excited. They have a really good team and do a lot of winning so I like that too,” West added.

West plans to study business at the school, but he admitted that could change.

The turnaround is quick for the Golf Kenosee member as well. He will leave home on Feb. 25 and hopes to compete in the schools first event of 2022 at the Friends University in Wichita, Kansas on March 7 – 8.

You can hear more from West in his interview with Golf Saskatchewan’s Clark Stork.