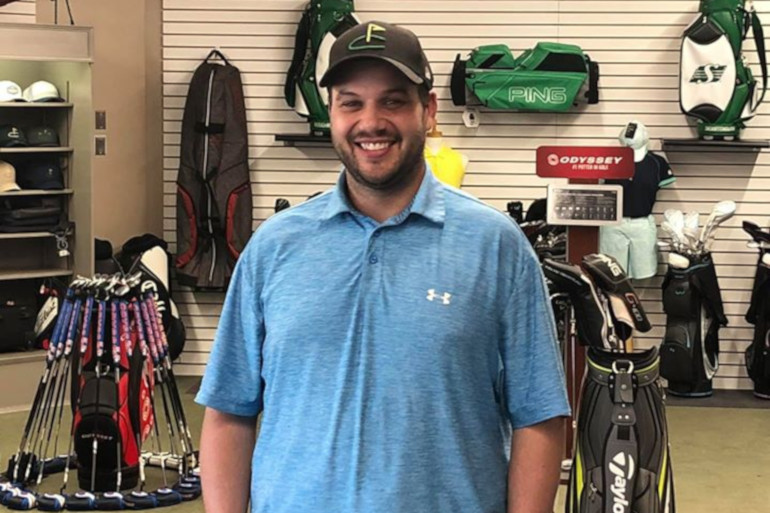 Ryan Wells has spent the last eight years as the assistant professional at Prince Albert’s Cooke Municipal Golf Course, however he’s found the right fit to make the jump into a head pro position.

Wells, originally from Prince Edward Island, will take over the top job at the Dunes Golf and Winter Club.

“It came out of nowhere,” Wells told Golf Saskatchewan. “I had a couple opportunities that I turned down just because it wasn’t the right fit or time for my family. The Dunes gave me a call last week just to see if I would hear them out about the position. They flew me and my wife out for a few days last week and got to see the facility and the course and the city itself and we thought this would be the right time to move on.”

Wells is no stranger to moving, growing up in P.E.I. he played his junior, amateur and college golf on the Island. He graduated from the Holland College Golf Management program and took his first job in Invermere, B.C. He became a professional in 2006. He spent six years at the Eagle Ranch Resort. He moved to Prince Albert in 2012 and expanded his skills working at the Prince Albert Curling Club in the winter alongside head pro Darcy Meyers.

“I’m looking forward to it,” Wells continued. “I’m nervous, I’m excited, mixed emotions obviously. I am definitely going to miss everyone here. In eight years you build a lot of memories and friendships. It was an emotional goodbye with Darcy, but there’s one thing you can take with you and that’s friendship.”

Cooke has seen some changes through the eight years Wells has called the city home. He said being a part of those was exciting to him and other facilities in the area.

“Just in the last couple years with the new irrigation system and the town itself. Having Waskesiu and Emma Lake and those amenities 45 minutes to an hour up the road is nice. It’s just a totally different atmosphere than coming from P.E.I. and the mountains,” he said.

Wells compares Grande Prairie to P.A. He said when he landed in the northern Alberta city last week he joked he was still in Saskatchewan. The land was flat with wheat fields and trees with the mountains about an hour and a half south. Agriculture, forestry, and oil and gas make the community tick.

With the current COVID-19 pandemic still in effect for potentially the 2020 season, Wells said the time is right to move and plant roots with a new club.

“I’m going to get my feet wet and build relationships just see how the operation runs now without making too many changes and just get through the difficult season,” he said about his first year. “Grande Prairie is a lot of corporate events and with those off the table at the moment there will be a lot of building towards 2021 and getting all my ducks in a row for the upcoming season.”

Wells said Prince Albert will always be close to his heart, his wife Megan is a Prince Albert product. The couple has a 15-month-old daughter, her name is Palmer.

The Cooke is opening on Friday, Wells will be there for the opening of the season, but to say his goodbyes to the members. His family will begin their move this weekend.

You can hear more from Wells below in his interview with Golf Saskatchewan Communications Director Clark Stork.