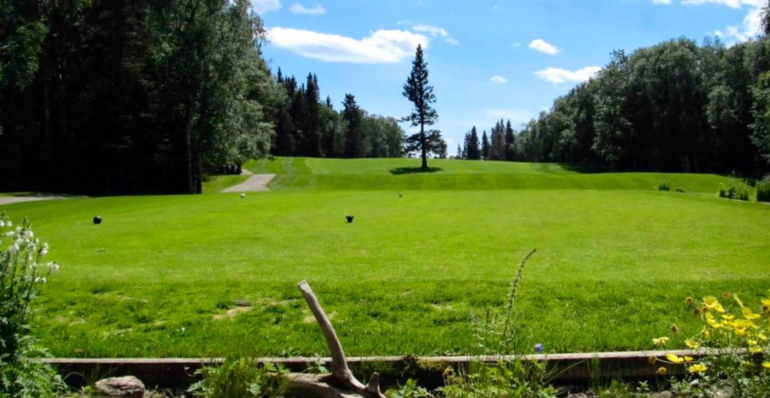 Prior to Premier Scott Moe’s announcement that golf courses would open in Saskatchewan May 15, the golf community was on pins and needles regarding the 2020 season. During the downtime of March and April, the three people behind the Drive the Green podcast got the golf masses talking, and voting.

Through Twitter and Instagram, the trio created a 32-course bracket based on north and south courses and pitted them up against each other for 24 hours with the public voting the winners through. Thousands of votes and hundreds of comments and barbs later, Waskesiu Golf Course in Prince Albert National Park came out on top outlasting Golf Kenosee after nearly 1,500 votes on the two social media platforms. Waskesiu General Manager Tyler Baker admitted he was following along and thanked the membership for the participation.

“We had a lot staff and members following, it was good,” Baker said. “We were getting a lot of updates, a lot of retweets, a lot phone calls actually to remind people to vote. It was really good to see our membership and clientele to get close knit and move us through the bracket. It was a fun event.”

Waskesiu was the second seeded course in the north bracket behind Saskatoon’s Riverside Country Club. Waskesiu defeated Deer Park Municipal Golf Course, Holiday Park, Cooke Municipal Golf Course, and the Evergreen Golf Course to reach the final against the south champion. Baker said Waskesiu has the natural landscape and a legendary design to make the course stand out.

“Being a Stanley Thompson design, carved through the trees, such a different setting than the rest in the province. Every hole is different. Thompson didn’t move any dirt, he just cut trees and go play the way you are meant to,” he said.

Waskesiu, along with its neighbour, Elk Ridge Golf and Resort are popular across the country and see visitors from coast to coast. Getting their names on lists of marquee tracks isn’t new, but Baker still appreciates the time the Drive the Green managers and voters took to provide some positive publicity.

“Everybody is pretty happy to see Waskesiu come through in the bracket,” Baker added. “It was a fun month to follow along and I look forward to maybe doing something with them next year. It was definitely some good promotion material.”

For Golf Kenosee in the south, you could call the Moose Mountain Provincial Park course a Cinderella story. The course was the 13th seeded club of 16. The 2018 Saskatchewan Senior Men’s Championship host site rolled through Katepwa Beach Golf Club and its friendly foe White Bear Lake Golf Course in the opening two rounds. Kenosee then out drove number one ranked Deer Valley Golf and Resort before taking down the historical Royal Regina Golf Club to reach southern supremacy. General Manager Brent Lothian said the passionate membership of their course allowed them to reach the final vote.

“There is a real sense of community here. Everyone is willing to come out and help with jobs that need to be done around the course. They really feel it’s their course, they take great pride in it,” Lothian said.

Both finalists provided a foursome pass to their clubs to a lucky voter, the winner was Sean Stefan. Jeremy Blais won a $100 gift card from PLYR Golf and a Drive the Green t-shirt.

Overall the campaign received over 15,000 votes.