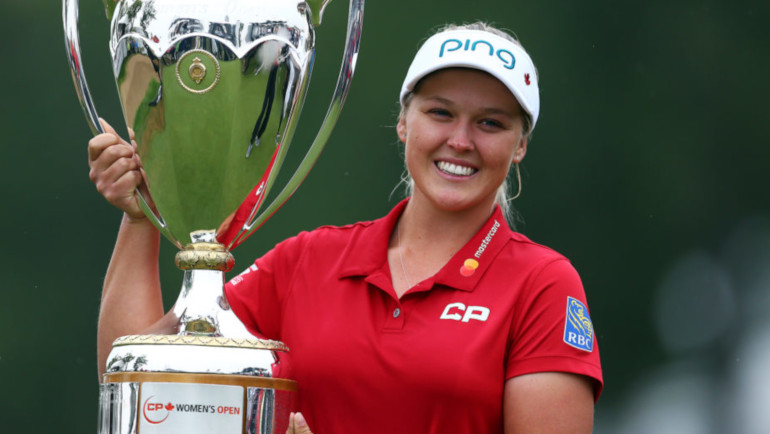 It’s been slightly over a year since Brooke Henderson made history at the CP Women’s Open and Regina’s Wascana Country Club.

It’s a moment Canadian golf fans won’t forget when Henderson became the first Canadian to win the event since Jocelyne Bourassa in 1973 on Aug. 26, 2018. Wascana Chief Executive Officer Greg Dukart said the club, and city is still beaming about how the event played out.

“The membership at large totally embraced the event when it was here, as did the community,” Dukart said. “That whole sense of pride and ownership has just continued into this year. The efforts all the volunteers made in making the event happen and then in combination with Chad Fawcett (superintendent) and his team getting the course playable, it jived together perfectly. The after effect is still very positive.”

No one knew who was going to win the event but when Henderson hit her approach shot on hole 18 and got it to within a couple feet of the hole, the gallery knew history was upon them. Dukart said the Wascana has now immortalized the spot on the fairway where she hit from. The staff placed a plague in the turf commemorating the moment In Canadian sports history.

“When members now play it’s a constant reminder that they are part of history with her winning on home soil and being the first in 45 years,” Dukart explained. “Not only history of that but the LPGA coming to Regina and Wascana which arguable may or may not never happen again. To have a Canadian win, everything around that is pretty unique.”

The many people behind the event have every reason to be proud of the event from the staff to hundreds of volunteers. Dukart said the commitment wasn’t lost on the LPGA brass as well.

“We put a lot of energy in trying to land the even and that’s all good, now you can’t take it away from our members and our club, it’s been held here and successfully. I just received an email from LPGA Commissioner Michael Whan commenting on how great the event was when it was held in Regina,” Dukart beamed.

The Wascana opened in 1911 and has had extraordinary moments in its history. Hosting the Canadian Mid-Amateur Men’s Championship in 2017 was a highlight. Saskatchewan had 37 players in the field including long-time Wascana member Tyler Wright placing fifth, the highest ever for a Saskatchewan competitor at the national event. Dukart said speaking with local historians, Henderson’s win might trump everything in their legacy.

“Without exception aside from the monumental task of opening the course in 1911 I think they are putting this at the top of the many significant moments in our history. This has to be pretty close to number one in those moments,” Dukart said.

The Wascana honoured Henderson with a lifetime membership at the club as well.

An estimated 45,000 people passed through gates over the four days on the event.