Volunteers step up to pick up after storm in Melville 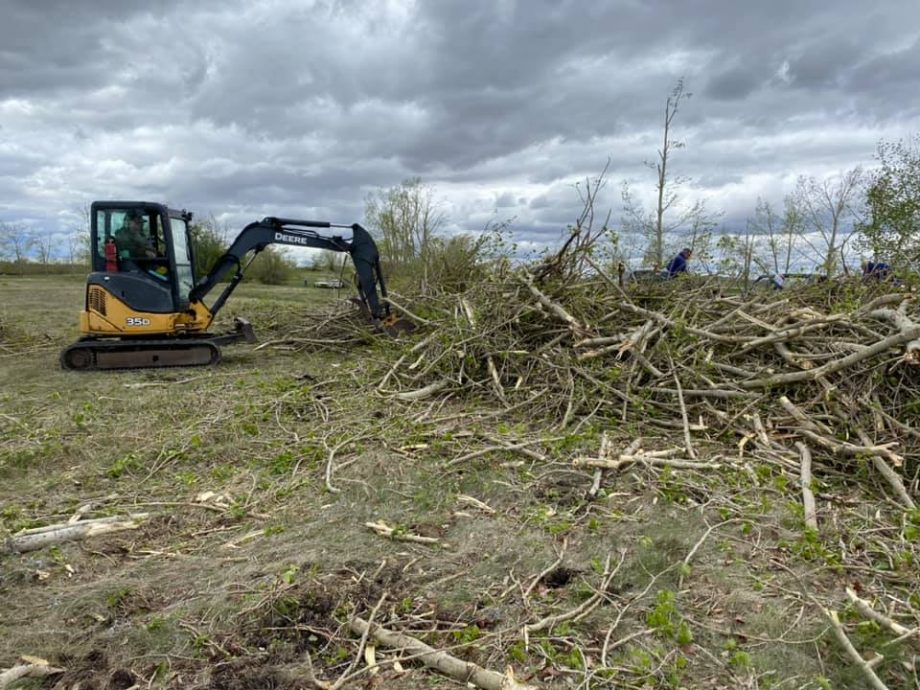 The staff and crew at the Melville Golf & Country Club is praising the community for the clean up efforts of volunteers this May long weekend.

A rainstorm, that brought freezing temperatures pounded the east-central Saskatchewan region last Thursday night into Friday morning littering the 18-hole golf club with busted trees and branches. Superintendent Carson Dennis said the forecast was originally very welcomed but the drop in degrees was not.

“Honestly, I was excited for the moisture, I think everybody in the province needed it,” he said to Golf Saskatchewan. “I didn’t expect to see what I saw when I got here.”

Trees and branches were scattered all over the course, so a call was put out to the community of just over 4,000 people from Proshop Manager Greg Sastaunik. The result was over 50 people, 14 trucks, eight trailers and countless chainsaws. Dennis said the response was incredible but expected.

“We put the word out to see who could come,” he added. “This is not a one off, anytime we need volunteers they are here but this one is even more special.”

Dennis is in his ninth year at the Melville course, the facility was heavily damaged in a flood in his second year. He said this latest storm was the messiest he has seen the grounds. He praised the membership and attendees for taking their time when they likely had their own concerns with their own properties or homes.

“On a long weekend, the turn out was unbelievable. To see how many people gave up a day of their long weekend to come out here after I’m sure they cleaned their own yards and put in a lot of work at their own home, everyone in town was affected by the storm. It was really special to see everyone come out,” he beamed.

Dennis said there are still a few spots on the course that needs to be tidied up, but the club is ready to welcome golfers again.