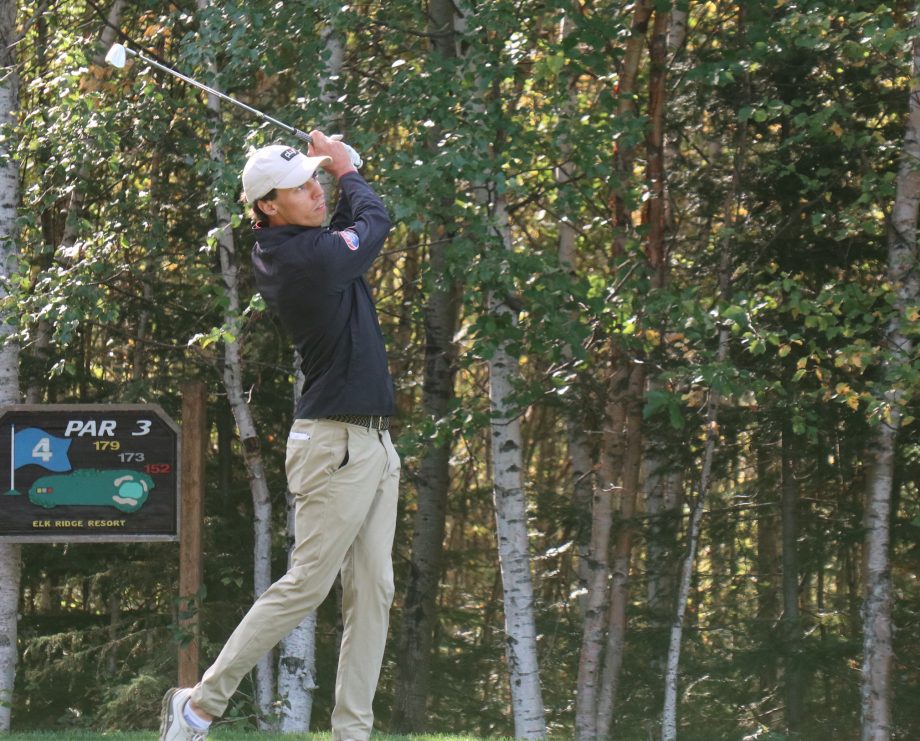 Kade Johnson tees off during round three of the 2021 Elk Ridge Open.
Clark Stork

Playing in the second last group, alongside Saskatchewanian Brennan Rumancik, Johnson started round three strong with a birdie but carded a six and seven on the next two holes. He found his groove with three birdies before a bogey on nine. Johnson’s scorecard was all red on the back with four birdies and and no bogeys. He was two-under 68 when the smoke cleared and a tie for fifth.

He spoke to Golf Saskatchewan after the round.

Saskatchewan amateurs Josh Nagy (Saskatoon) and Tayden Wallin (Humboldt) both shot 220 over the 54-hole event, they tied for 40th.

After making lots of noise, and memories with his 68 in round one, Alex Swinnerton made the cut and finished his first professional event in a tie for 53rd with a 226.