Top-10 performances for Saskatchewan student-athletes as playoffs near 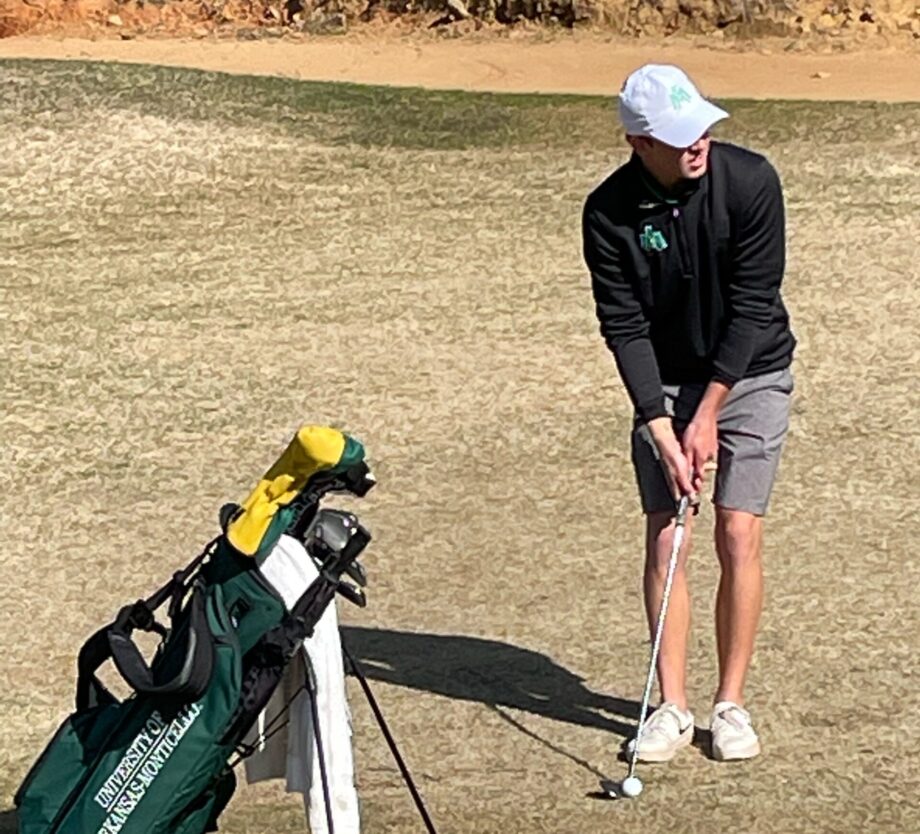 Chase Gedak was in competition this week in the United States.
Clark Stork

Holly Knudsen played well for Minot State University at the Hardrocker Invite in Rapid City, South Dakota this week picking up a top-10 placing. The Chaplin resident shot 89 in round one and 84 during the second round to finish at 31-over par, 173. The tournament champion was at 16-over par.

As a team the Beavers placed fifth out of 11 teams. Their next tournament is the Dickinson State Invite on April 10 – 11 at Heart River Golf Course in Dickinson, North Dakota.

Symone Ripley of Saskatoon was in competition in British Columbia on April 2 and 3. The University of BC Okanagan Heat competitor placed 19th at the UFV Invitational at the Chilliwack Golf Club. Ripley shot 89 on day one of the event and rebounded with an 85 in round two.

Saskatoon’s Connor Scissons has a top-10 finish and team low at the TMU Spring Invite in Liano, California this week. The senior at Arizona Christian University (ACU) shot 70 and 77 for a 36-hole score of 3-over par, 147, good enough for eighth overall.

The Firestorm team placed fifth out of eight teams. ACU’s next event is the GSAC Conference Tournament in Lompoc, Californina on April 25 – 27.

Chase Gedak of Estevan continues to bounce back from an injury that pushed back the start of his college career, he tied for 29th at the DBU Men’s Classic in Denton, Texas on April 4 and 5. The TS&M Woodlawn Golf Club member was consistent over three rounds shooting 72, 72, 73 for a 54-hole total 1-over par, 217.

University of Arkansas at Monticello Weevil teammate TJ Baker of Prince Albert finished 52nd in the tournament at Wildhorse Golf Club at Robson Ranch. Baker carded back-to-back 76’s and 75 in round three for a total of 11-over par, 227.

As a team the Weevils were 10th in the tournament. The school’s next action is the GAC Conference Championships on April 10 – 12.

Roman Timmerman of Southern Arkansas University will also be in the field next week in Hot Springs, Arkansas.

Will Danielson of Saskatoon was at the Rhodes Spring Classic with his Milsaps College teammates competing in Millington, Tennessee. Danielson shot two rounds of 82 for a 164, he tied for 48th position. The team was ninth.

Next up for the Majors is the SAA Championships on April 22 – 24 in Braselton, Georgia.

Jace Carlisle of Estevan was on the course in late March as Post University travelled to Emerson, New Jersey for the Charger Challenge. Coming off a team win at the Battle at the Beech, the Eagles placed fourth at the event at Soldier Hill Golf Course. Carlisle tied for 21st in the one round tournament, he shot 8-over par, 79.

Post’s next scheduled event is the NCAA Regional Showcase in Victor, New York on April 10 – 12.

Cole Jenkins and the Southeast Community College Storm were in Newton, Kansas this week for the Bethel Spring Invitational at Hesston and Sand Creek.

Southeast took second in the team competition finishing 15 shots behind Dodge City Community College. The Prince Albert product tied for 35th at 17 over par. Jenkins carded an 83 in round one and 77 in the second round.

Jenkins was also in competition on Wednesday in Fremont, Nebraska for the Midland Invitational. Jenkins tied for 11th with a round of 6-over par, 77.

The Storm have another event Friday in Ames, Iowa.

Brody Istace of Kindersley competed this week in a match play event featuring the Columbia International University (CIU) Rams against Bob Jones University in Greenville, South Carolina. Istace and his teammate William Fletcher won their four-ball match, Istace also won his lone singles match. The Rams did fall in the competition 8 to 7.

CIU will travel to Adairsville, Georgia for the Appalachian Athletic Conference Championship on April 24 to 26.