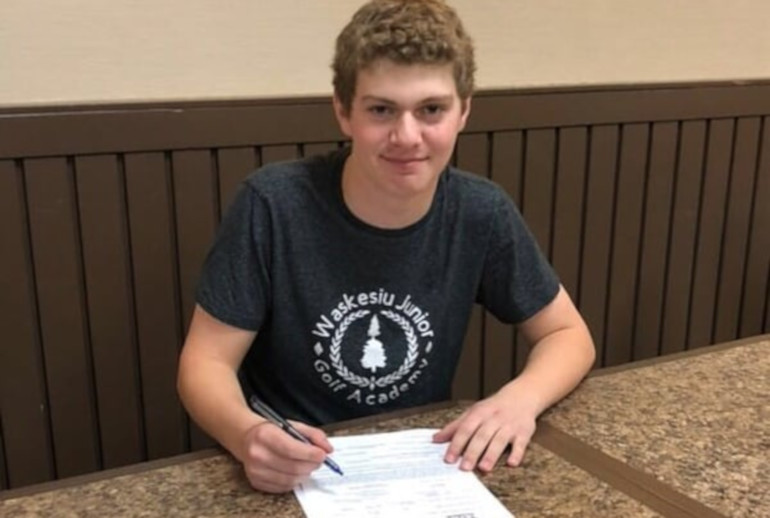 TJ Baker has committed to an NCAA Div. II school to play golf.

Prince Albert’s TJ Baker is going to continue his education and play golf while doing it.

The 17-year-old Carlton Comprehensive High School student has committed to the University of Arkansas at Monticello for next year.

For Baker, getting started in golf was simple, his father Tyler was the manager at Nipawin’s Evergreen Golf Course before taking that position at Waskesiu where Baker now spends his summers. He said he’s been fortunate to grow up on two of Saskatchewan’s premiere tracks.

“We’re going into my dad’s 11th year at Waskesiu and before that he was at the Evergreen where the junior provincials were held this year. That’s where I really started, I’ve been lucky to grow up on some pretty sweet courses,” Baker said.

Baker played his first competitive event when he was 10 years old, that was the Junior Lobstick. His first Maple Leaf Junior Golf Tour event was when he was 12. Baker admitted he’s always had a competitive edge allowing a seamless transition into tournament golf.

Baker’s competitiveness and confidence are key components in him taking his game to the college level. He has been thinking about playing college golf since he started attending high school.

“I was on the 17th tee at Waskesiu, on a fall day with my cousin and she watched me hit a ball. She said, wow, you’re really good. That’s when I really started to think, I kind of am, I could really do something with this,” he said.

After doing some research on schools, Baker had his choice narrowed done to either Arkansas at Monticello or Minot State University but in the end the chance to play all year solidified his decision to attend the NCAA Div. II school.

“The thing that made up my mind between the two is in Arkansas I can play and practice year-round” he explained. I don’t want to say better schooling, but the student-teacher ratio is better too, but basically there is snow in Minot and barely snow in Arkansas.”

Baker will graduate in 2020 from Carlton before playing out his final year of junior golf in Saskatchewan. He wanted to recognize his high school coach, Baker credited Taryn Rieger and her efforts as a large part of his success.

Baker will study business in university, he said he wants to work in the golf industry and follow in his father’s footsteps.