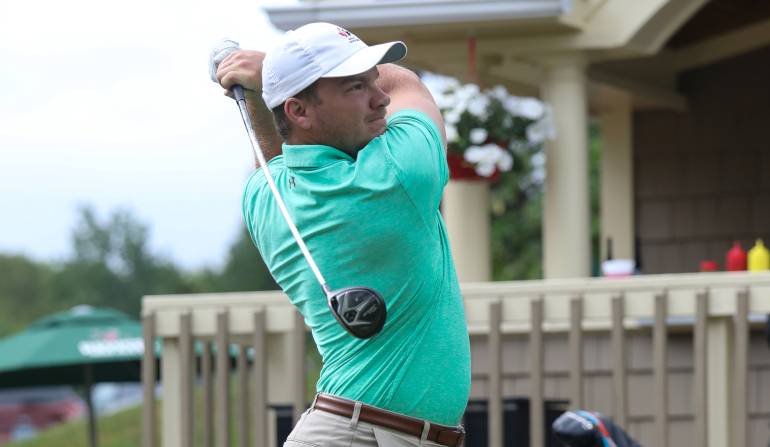 The Canadian Men’s Amateur Championship experience has set in now for both Roman Timmerman and Justin Wood with both Riverside Country Club members satisfied with their results.

The pair were the lone Saskatchewan representatives to make the cut at the event in Nova Scotia. Timmerman finished the four rounds at plus-14 and in a tie for 52nd. Wood closed the championship at 21-over par, tied for 71st. Timmerman said heading into the tournament making the cut was a goal.

“It was an awesome experience,” he said. “Halifax is a beautiful place and we got to play two really nice courses, really tough courses. I felt like my game was good, it was definitely a goal of mine to make the cut. I know it was one of Woody’s goals as well, it was nice to make the cut with him. It was awesome.”

The tournament was hosted by two different golf courses, Glen Arbor Golf Course was the main host, the Links at Brunello was secondary hosting half the golfers for one of the two first rounds. Statistically the Links at Brunello was much tougher, the average score there was just under 82, at Glen Arbor the average dropped to just shy of 75. Timmerman carded a 74 on the track during round two helping him stick around all four days.

“The Links at Brunello was definitely the tougher course,” he explained. “If you got some wind blowing out there you are going to make some big numbers, especially if you are missing fairways. Glen Arbor wasn’t too easy either, the greens were tough. It was a little more forgiving than the Brunello, but it was still a tough test.”

Timmerman shot 76 on day one at Glen Arbor. Rounds three and four were both played there as well, he fired back to back rounds of 73 to finish the event at 296. He was 20 strokes better than the lowest player who stuck around all four rounds. Overall Timmerman is happy with his play during the week and over the summer. He missed the start of the Order of Merit season due to an injury, but he said he’s close to 100 per cent as he gets set for his third season at Southern Arkansas University.

“Taking that time off was a blessing in disguise. I feel like my game is solid and I’m looking forward to a solid year down south,” he said.

Timmerman will leave Saskatoon on Wednesday.

Wood is also basking in making the cut and playing all four days at the national championship. This was his sixth Canadian championship and the first time he’s made the final couple rounds.

“It’s nice to play in all four rounds, this is my first cut made,” he said to Golf Saskatchewan. “I’ve had some close calls, I’ve missed by one, I’ve missed by two, this time to actually do it and make it by a few was nice. I had one really good round in there at the tougher golf course where I think only nine of the 130 guys playing that day at that course beat me. That part was good, and it was nice to play all four rounds.”

Wood started his national experience at Brunello and finished with a 76, six strokes below the overall scoring average. He followed that performance with rounds of 73, 78, and 76. Much like Timmerman, he felt the Brunello did provide the tougher challenge but both clubs were tricky.

“I thought they were both challenging, Glen Arbor was definitely more forgiving off the tee, thats where the Links at Brunello really punished you. The members play a hazard all the way around so if it goes in the bush you drop it where it goes in, but Golf Canada made it tougher for us obviously. If you missed the fairways on a lot of holes you are right in the bush, so you had to be good with your tee shots. The greens were quite quick, the day I played there it was quite windy, it was not easy out there,” Wood explained.

Wood was part of Team Saskatchewan along with Danny Klughart and Jehremy Ryde, the trio finished sixth in the race for the Willingdon Cup. So far this season that’s the top provincial showing at any national event. Overall Wood was proud of his performance and the Saskatchewan representatives. He already has his sights set on next season and more national appearances.

“It was a nice way to cap off the summer,” he said. “I had a couple of good tournaments here in Saskatchewan and to get to go to the Canadian Am to a place I haven’t been before and to play well and get to hang out with the guys it made it a fun time. I’m already looking forward to next year to be honest.”