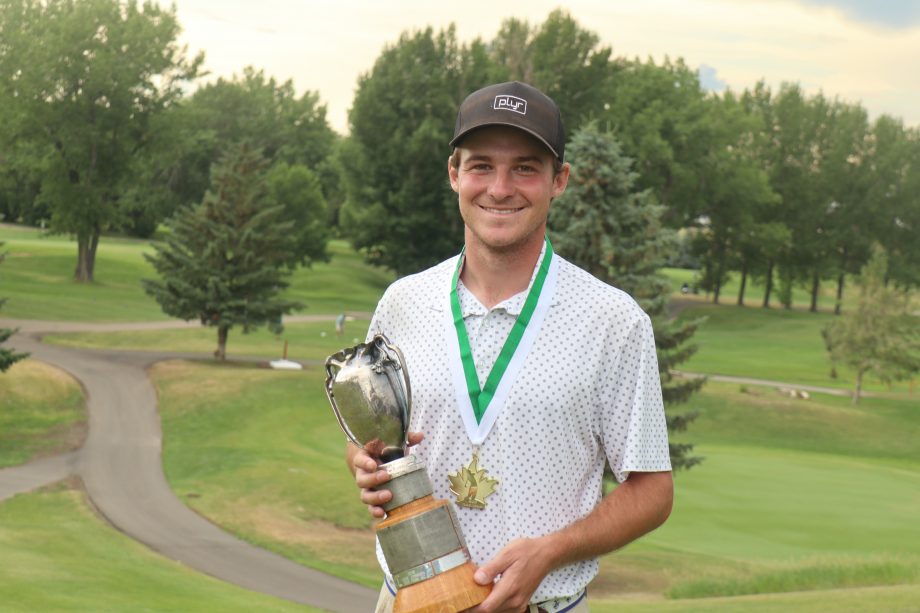 A week that will go down in history for golf in Saskatchewan. Saskatoon’s Roman Timmerman finished the 2021 provincial amateur championship at Elmwood Golf Club in Swift Current at 26-under, 262, to break Graham DeLaet’s 15 year old record in the event.

A wire-to-wire win, Timmerman shot rounds of 65, 63 (Elmwood Golf Club tournament record), 68, and 66 to win his first amateur championship by 11 strokes over Danny Klughart. Timmerman said the win is one he’s been chasing for quite some time.

“Unreal man, it feels awesome, a lot of hard work has gone into this,” he said. “I feel like the last few years I’ve been close. Just seeing Kade (Johnson), Ty, (Campbell), and Danny, all those guys have that success it really motivated me and I’m unbelievably happy.”

The championship comes with a trip to the Canadian Amateur Championship in Windsor, Ontario later this summer as well as an exemption into the Elk Ridge Open in September. Timmerman said playing in a Mackenzie Tour event will be a dream come true.

“Like I said, that was a goal of mine to play on the Canadian Tour so I can’t wait to get that start and see what the pro life is really like,” he beamed.