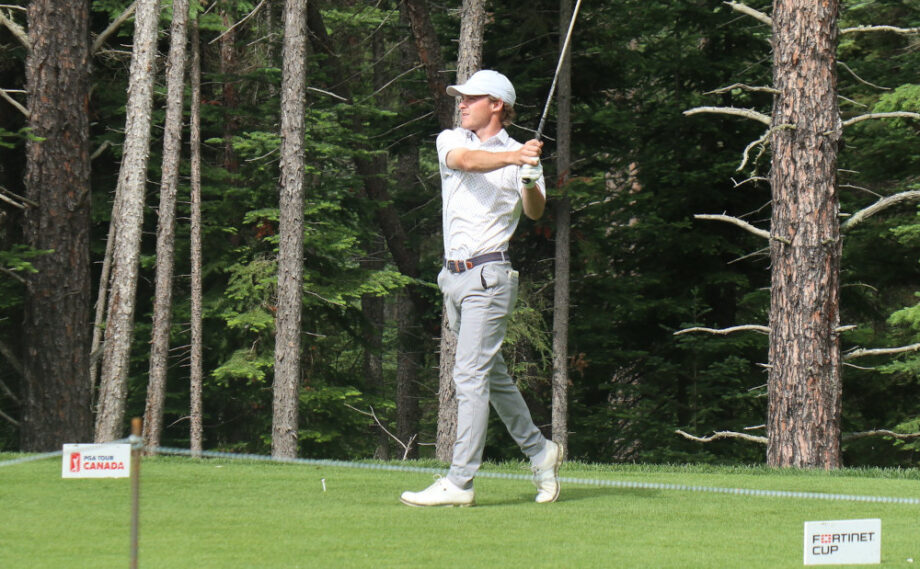 Saskatoon's Roman Timmerman will make his first start as a professional at the Manitoba Open this week.
Clark Stork

It’s set to be an exciting week at the Southwood Golf and Country Club in Winnipeg for the PGA Tour Canada stop.

The qualifier on Monday went extremely well for two Saskatchewan professionals. Yorkton’s Kade Johnson shot the low round of the day with a 66 at Southwood to secure a spot in the Manitoba Open.

This will be Johnson’s first PGA Tour Canada event since the Elk Ridge Open which he also qualified for on the Monday ahead of the tournament at Waskesiu Golf Course. That event was cancelled due to heavy rain, the last full event the 2018 Saskatchewan amateur men’s champion played in was the ATB Classic presented by Volvo Edmonton in June.

Joining Johnson in the field is two-time reigning Saskatchewan amateur champion Roman Timmerman. The Saskatoon product earned an exemption into the Elk Ridge Open however he as entered as an amateur. Timmerman concluded his amateur career at the Canadian Championship in Vancouver earlier this month, he is now competing as a professional and making his debut in Winnipeg after winning a playoff Monday securing the final qualifying spot in the championship that begins Thursday.