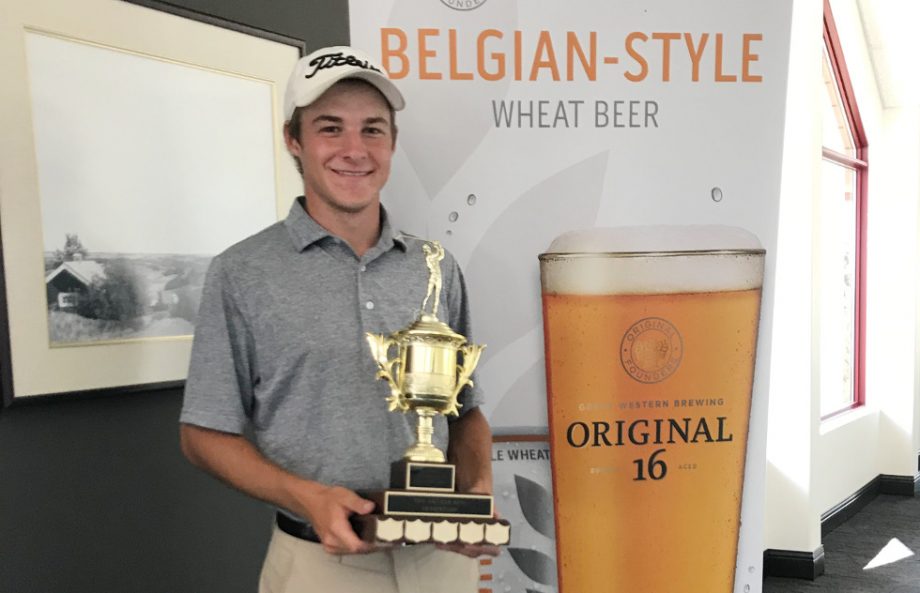 Roman Timmerman is the Saskatoon Amateur champion for 2018.

The Riverside member pulled ahead of the 28-player field with an opening round of 69 at the Saskatoon Golf and Country Club. Liam Courtney, also a Riverside golfer posted a 69 in round one as well but at Holiday Park on Sunday Timmerman rattled off a 67, Courtney dropped back with a 72. Saskatoon GCC player Taylor Afseth climbed into the conversation also posting a 67 in the second of three rounds. The weather conditions at the Riverside turned the final round into a battle but Timmerman safely shot 75 staying seven strokes up on Afseth for the victory. Timmerman is coming off a win at the Lobstick, he said nothing changed in his game from event to event.

“Really nothing was different, I hit the ball good, hit a lot of greens, minimized my mistakes. I putted decent, basically it was a continuation from Waskesiu,” he said.

Defending champion Justin Wood finished in third place firing 219 (71,74,71), eight strokes back of Timmerman. He said the weather helped him hold off the field on day three. Timmerman said he was a little shocked at the wide margin of victory.

“Conditions were pretty tough the last day, not a whole lot of low scores,” he said. “With the strength of the field the gap was a little surprising but I’m not complaining.”

Timmerman, who leads the Men’s Order of Merit Tour standings won’t be in the field for the upcoming Mine Supply Central Amateur from June 30 – July 2 at the Saskatoon GCC. Ty Campbell, the sixth-place finisher along with Timmerman are travelling to North Dakota for a United States Amateur qualifier event. He said he is playing his best golf going into the tournament.

“I couldn’t be too much happier, I’m playing really good I guess. I couldn’t ask for anything more,” he said.