Timmerman chops down the competition at Lobstick 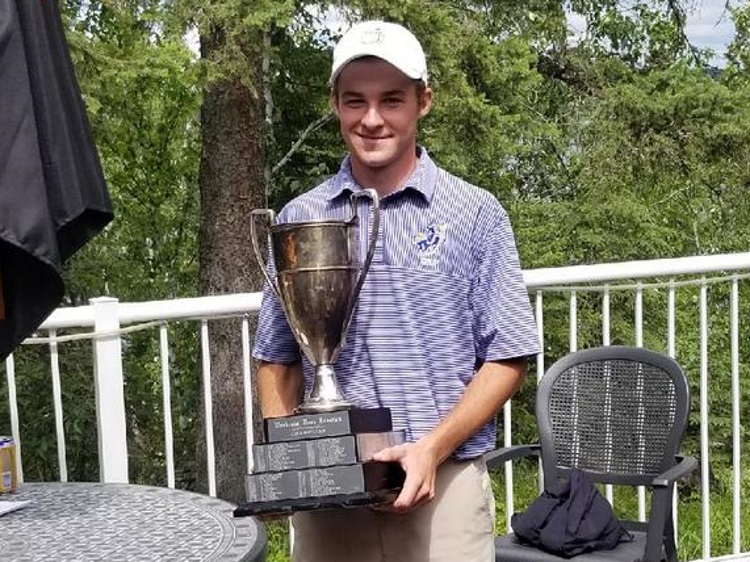 Roman Timmerman is the 2018 Lobstick champion.

The 19-year-old Saskatoon product outlasted Mark Sweeney in the championship flight on June 16 in Waskesiu adding to his Junior Lobstick title four years ago. Fresh off his rookie season at the University of Southern Arkansas, Timmerman said he was optimistic heading into the event.

“I think I’ve been playing well going into the tournament, I was pretty confident with my game,” he said. “I’ve played the junior five or six times, I was really familiar with the course.”

Timmerman first started playing golf in Saskatoon with his grandpa at the age of three. In his early teen years his game started to flourish and he began participating in competitive tournaments like the Lobstick. He said there was a time he had to make a choice regarding his athletic future.

“I was still playing baseball in the summer, when I was 16 years-old I quit baseball to focus on golf. That’s when I knew that golf was what I wanted to do,” he said.

His work paid off over the five matches he needed to win to take the Lobstick title. He defeated Justin Blackwell, Russ Robson, Jason Galon, and Greg Swenson on route to the win. He said a victory in the long running tournament was special.

“Winning was my goal going into the tournament was winning obviously. I never thought about what I had to do to win but it was really cool,” Timmerman said.

Timmerman’s next event will be the Great Western Brewing 2018 Saskatoon Amateur Championship starting Saturday. He will also compete in the Saskatchewan Men’s Amateur Championship at Dakota Dunes from July 17 – 19. He played in the Canadian Amateur Championship in Ottawa a couple years ago; he hopes to return to that event this year calling the experience “the best tournament he’s ever played.” Following the season he will return to university and work towards his degree. Once his collegiate career is complete, Timmerman hopes to continue to play the sport competitively.

“I definitely want to see if I can make it somewhere after school is over. I am going to get my education and then try and make it on some tour hopefully,” he said.

With the Lobstick win, Timmerman sits on top of the Order of Merit standings leading into Saskatoon’s championship.