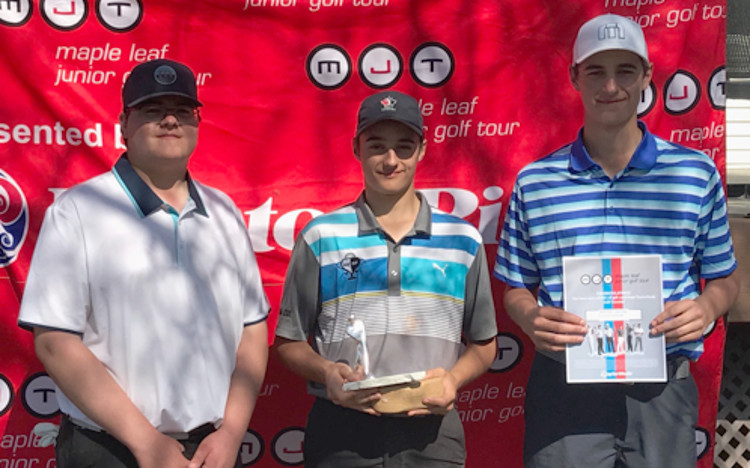 It was a clean sweep of the top three spots in the Juvenile boy's division during a Maple Leaf Junior Tour stop in Portage la Prairie.

The 2018 Maple Leaf Junior Golf Tour made a stop in Portage la Prairie, Man. on the weekend for the IMG Junior Worlds/USKG Qualifier. A trio of Saskatchewan golfers were winners in their age categories, there was seven divisions overall in the two-round tournament.

Deer Valley’s Cole Obrigewitsch was the Junior Boys champion. Obrigewitsch, 18, shot 74 in the first-round and 77 on day-two. Obrigewitsch picked up the maximum 300 points in the OOM race as well. He finished six strokes up on the second-place golfer who shot 157. Reegan Robinson, another Estevan athlete finished the tournament in third posting a 160 score.

In the other division featuring Saskatchewan golfers, Wawota’s Theoren West was the top local finisher placing 9th in the boys Bantam. The 14-year-old fired 167 on the weekend, that was four strokes less than Yorkton’s Jackson Long who claimed 10th place. Radville product Davin Bourassa was 13th with 187.

Estevan’s Woodlawn Golf Club will host the first Saskatchewan based OOM series tournament May 19 and 20.