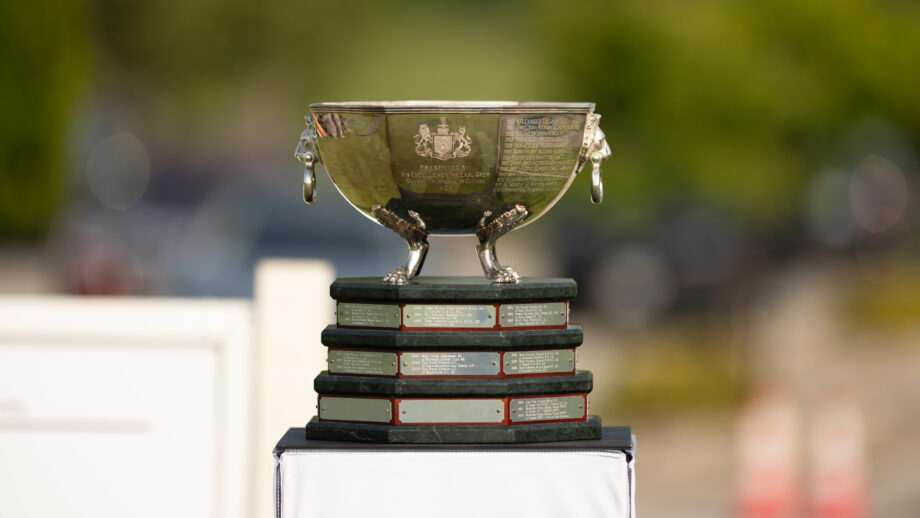 THORNHILL, Ont. – The 35th playing of the Canadian Men’s Mid-Amateur Championship, presented by BDO, will play host to the top men’s amateur golfers in the country over the age of 25 this week at The Thornhill Club in Thornhill, Ont.

Monday’s practice round was spoiled by inclement weather, but all looks clear for a 7:24 a.m. start to round one on Tuesday morning. The national championship will conclude on Friday, August 26, where champions will be crowned in the Men’s Mid-Amateur and Mid-Master divisions, alike.

“The excitement continues to build around this year’s Canadian Men’s Mid-Amateur championship,” said Tournament Director Adam Cinel. “An exceptional field of talent has joined us this week in Thornhill, and we expect they’ll bring the best out of each other as they compete for this prestigious title.”

The Thornhill Club, in their 100th year of operation, has a rich history in championship play having previously hosted the 2014 Canadian Junior Girls Championship, the 2006 Canadian University/College Championship and the 2009 Toronto Star Women’s Amateur. In addition, the Stanley Thompson design was the site that played host to 1945 Canadian Open where Byron Nelson claimed his remarkable 11th victory in a row.

“The Thornhill Club is extremely excited to host the 2022 Canadian Men’s Mid-Am Championship, especially during our Centennial year,” said Todd McGrath, Head Golf Professional & Interim General Manager at The Thornhill Club. “The course is in excellent condition, and our Stanley Thompson design awaits some great play. All the best to the players and we look forward to crowning a champion at the end of the tournament.”

The inaugural Canadian Men’s Mid-Amateur Championship, held in 1987, was won by Graham Cooke at the Royal Montreal Golf Club in Île-Bizard, Qué. At the time, the tournament was played in the form of a match play competition, but in 2007, Golf Canada reverted to stroke play – a format that has since stuck.

The tournament is a 72-hole stroke play event, with a 36-hole cut to the low 70 players and ties. In the event of a tie at the end of four rounds, there will be a hole-by-hole playoff immediately following completion of 72 holes. The Mid-Amateur division will run concurrently with the Mid-Master division for players 40 and older. The Mid-Amateur champion will earn an exemption into the 2023 Canadian Men’s Amateur Championship.

The Interprovincial Team championship will return this year following two years of cancellation due to the COVID-19 pandemic. Team Ontario are the reigning champions, having bested Québec by 12 strokes in 2019 to claim the R. Bruce Forbes Trophy. The team competition, first held in 1992, has been won a record 15 times by Ontario, including five in a row dating back to 2015.

A full field of 156 players is expected, headlined by three-time Canadian Men’s Mid-Amateur champion, Garrett Rank. The Elmira, Ont. native won the event three years in a row between 2014 and 2016. Rank, an official in the National Hockey League, also finished as the runner-up in 2019. Following the week in Thornhill, the 34-year-old will join Johnny Travale and A.J. Ewart as part of Team Canada for the World Amateur Team Championships in Paris, France, August 29 – September 3.

Defending champion Charles Fitzsimmons will be returning home to familiar territory this week. The 35-year-old played his junior golf at The Thornhill Club and won a club championship on these grounds in 2005. Fitzsimmons also has a University/College national championship to his name, from his time at Western University.

2021 Mid-Master champion Glenn Robinson is in the field this week and will bid to successfully defend his title at The Thornhill Club. The Middle Sackville, N.S., native defeated Ben Bandura in a playoff last year to capture the 40 and over title.

Other notable winners of the Men’s Mid-Am include Graham Cooke of Hudson, Que., who won it seven times between 1987 and 2002 and Stu Hamilton of Brampton, Ont., who won it on four separate occasions between 1990 and 1994. Together, the pair captured 11 of the first 20 championships played since the event was established in 1987.