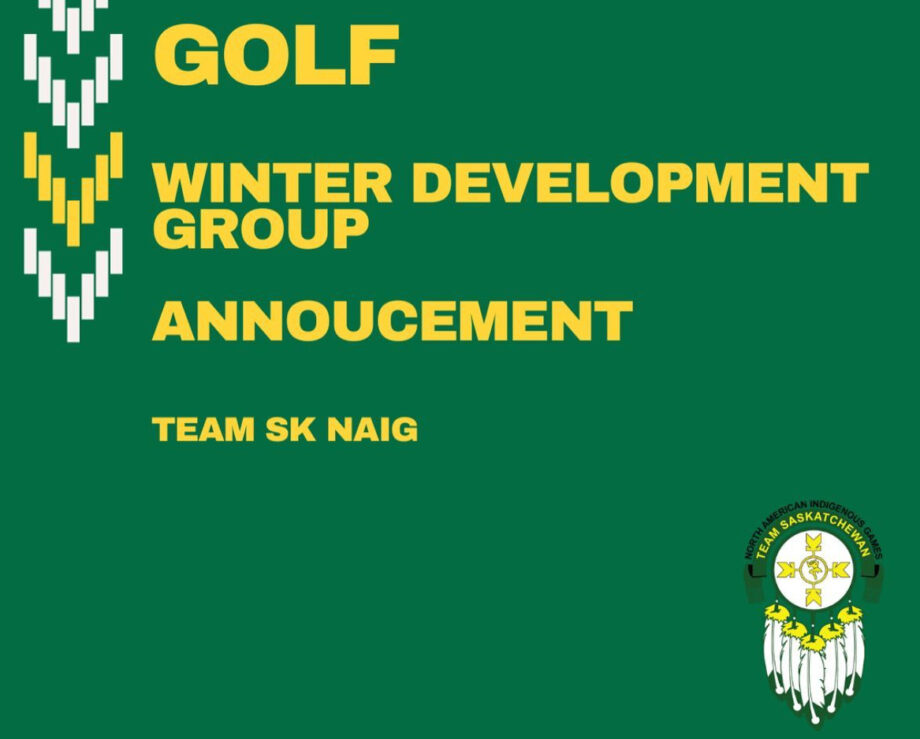 Team Saskatchewan has announced a list of 16 players that will work towards representing the province at the North American Indigenous Games (NAIG).

The development squads are:

The 2023 NAIG will take place in Halifax, Nova Scotia from July 15 – 23. The Saskatchewan golf team will consist of eight players. Two boys and two girls from each age group that include under-19 and under-17.

The team will be selected in the spring.