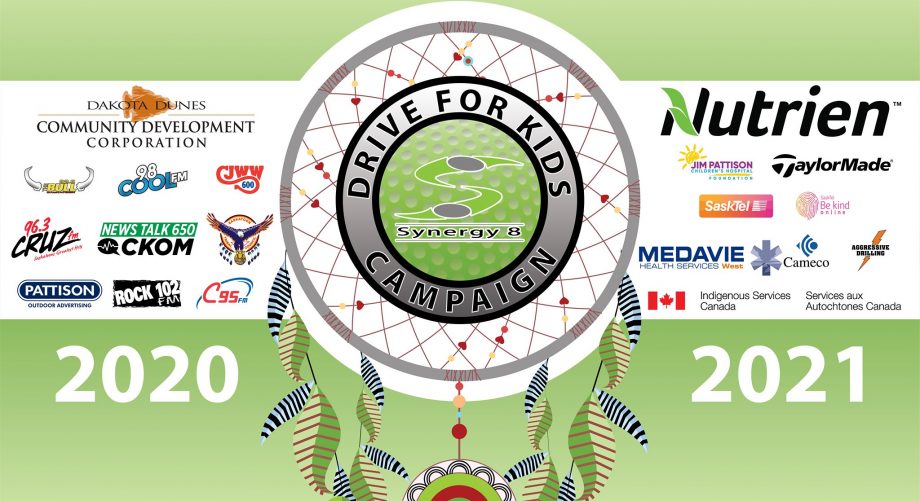 A first of its kind mobile health bus that will serve seven First Nation communities within the Saskatoon Tribal Council is getting close to hitting the road.

Currently under construction by Crestline, the bus will have a paramedic, dentist and dental assistant as well as a mental health worker on board to perform work on site. A $2.4 million campaign led by Synergy 8 Community Builders out of Saskatoon will be completed this summer with funds raised through the groups annual golf tournament. Troy Davies, one of the Synergy directors said seeing the project nearing completion is rewarding.

“We’re extremely excited to be a part of this,” Davies told Golf Saskatchewan. “Without the partnership of the province and the Government of Saskatchewan to cover the operating costs [$2.5 million/five years] we wouldn’t have been able to do this, nor would we have ever taken this on. When we found out they were willing to partner with us and we had major sponsors step on with Dakota Dunes Community Development Corporation (CDC) and Nutrien we knew we had the key players in place to move forward on this.”

Synergy is $900,000 short of their fundraising goal but Davies said that cost will be covered with the return of their Drive For Kids campaign golf tournament. The event was cancelled last year due to COVID, but the group announced this week that Aug. 31 at The Willows the event will return.

“Our primary goal would be to have our double shotgun on each tee box. The good news for us is that we have some time on our hands. With vaccines rolling out as quickly as they are and with our event not until Aug. 31 we’re hoping and anticipating that we will be able to run our normal golf event,” Davies said.

The star-laden banquet at Prairieland Park that accompanies the tournament is not going ahead this year. The group hopes to return to that format next year. Synergy has always highlighted their event with appearances of some of golf’s and sports biggest names. Davies doesn’t expect border restrictions to be lifted in the near future, so the group is focusing on special appearances by Canadian celebrities. Edmonton Oilers defenceman Ethan Bear and Saskatchewan Roughriders quarterback Cody Fajardo will be part of the day in August with more to be secured.

“We’ve got some additional celebrities we are going to announce a little bit down the road, we’re just finalizing. We’re still going to be able to go and that’s huge for us, we really want to celebrate this campaign that’s been two years in the works, and it is something we are excited about,” he added.

Once the bus is complete and on the road in early September it will serve the needs of 1,400 children plus other citizens in the communities. Davies said focus on First Nation incentives was important for the group. They also announced this week after it was passed by Saskatoon City Council was their involvement in erecting a statue of the late Fred Sasakamoose at Sasktel Centre. Sasakamoose was the first First Nation player in the NHL. He recently passed away due to complications from COVID. Davies said the announcement of the statue and the finalization of the bus will hopefully make lives better in many areas.

“It was such a solid campaign and it really focused on First Nation kids,” he continued. “Not only their mental health and health but insuring they have the confidence and self esteem to be successful in whatever they want to achieve and part of that is Fred Sasakamoose. He battled racism, residential schools, the loss of several siblings and was able to make that mark. Fred has been known in the First Nation community as a hero.”

The Dakota Dunes CDC and the Battleford Agency Tribal Chiefs assisted in the fundraising for the statue that will be unveiled along with the bus later this summer at the Sasktel Centre.