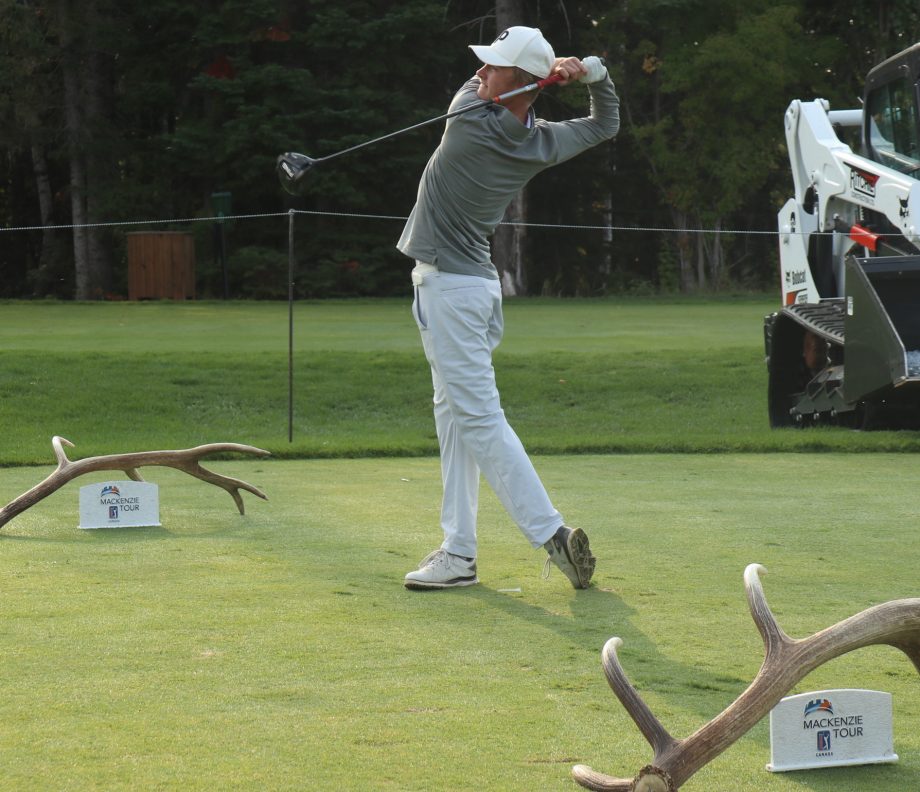 Alex Swinnerton is the low Saskatchewan, and amateur player after day one of the Elk Ridge Open.
Clark Stork

Professional golf may be in Alex Swinnerton’s future but his debut in a professional event will be hard to top.

The Saskatoon golfer, who calls Waskesiu home in the summer started shaky in round one of the Elk Ridge Open on Thursday, but the 17-year-old found his groove on the back nine and finished with a sparkling two-under, 68. He sits in a four-way tie for sixth, one shot behind a logjam at the top of the leaderboard at three-under par.

“Honestly, I didn’t have high expectations going into this, it’s my first pro event,” he said after the round. “Now that I have the first round out of the way, shooting two under, I can play a little conservative but attack pins when I can tomorrow.”

Swinnerton was one of just 14 players to shoot under par in round one. There are 114 players in the field. He is the low amateur after 18 holes and the top Saskatchewan player.

Friday’s projected cut line is plus-four. Swinnerton is well below that mark. Going into the Open and playing all three rounds was his goal however that’s not on his mind as of yet.

“I’m not really looking at the cut right now, I’m just going to play my own game. We will see where the day goes, make birdies when I can and keep it conservative,” Swinnerton added.

The Mackenzie Tour – PGA TOUR Canada took notice of Swinnerton’s round posting on their social media channels (above). Swinnerton said possibly seeing his name on the Golf Channel leaderboard is quite exciting.

“I didn’t even think about that, that’s pretty cool. Definitely for my name to be on tv, that would be a pretty cool feeling,” he concluded.

After round one, eight Saskatchewan players are at or under the cut line. The complete first round results and tee times for Friday’s second round can be found here.