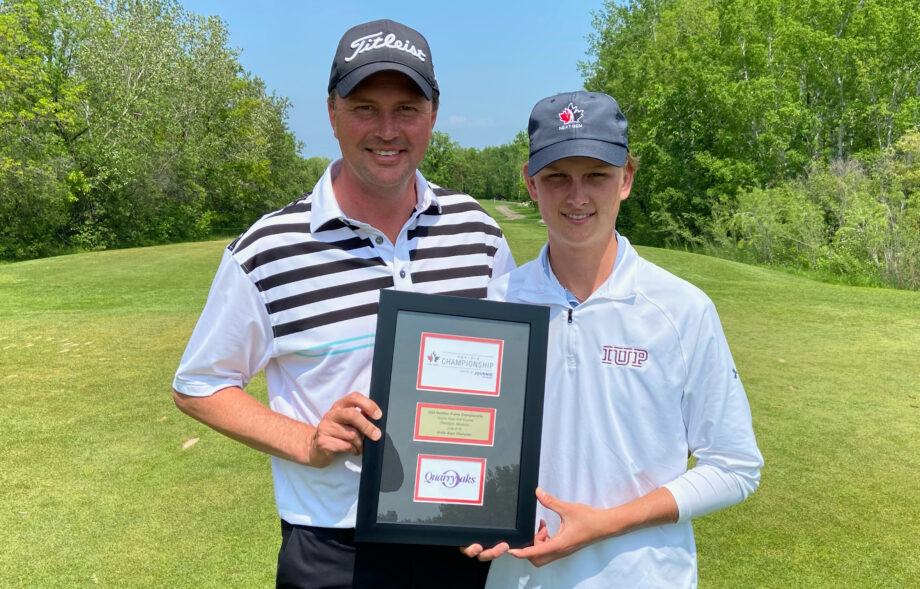 “Team Saskatchewan” is back from Ste. Anne, Manitoba with a championship and plenty of memories after the NextGen Prairie Championship.

Alex Swinnerton won the boys division with a rain-shortened score of 3-under par, 141 at Quarry Oaks after the third round was washed out by weather. The Saskatoon product was the only player under par and won by four strokes.

Swinnerton spoke to Golf Saskatchewan Monday after returning to Saskatoon.

Regina’s Luke Cote had the only other subpar round, that was a 71 in Saturday’s second round. Cote finished in fifth place at 5-over par. Darien Herlick of Weyburn had a strong couple days as well placing fourth at 4-over par.

Max Regier of Saskatoon also cracked the top-10 at 9-over par.

In the women’s event, Yorkton’s Ella Kozak was the top local. Coming off an impressive performance at the Scotia Wealth Open, the 16-year-old placed fourth at 9-over par. The winner was Amy Seung Hyun Lee of Langley, British Columbia at 2-over par.

Hallie Crozier of Regina was ninth at 23-over par, Autumn Neiszner, also from Regina was 11th at 31-over par.