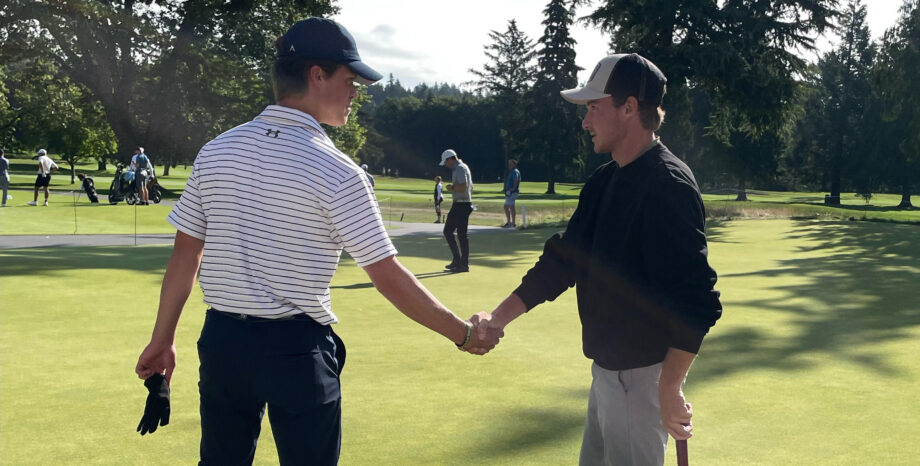 The top placing local was Saskatoon’s Marc Sweeney who shot 4-over par, 288 over 72 holes at two different golf clubs. The Riverside Country Club member started with a sizzling 68 in round one at Point Grey Golf and Country Club setting himself up for a solid second round of 73 at the Seymour Golf & Country Club. The 24-year-old ended up tied for 38th at the championship.

He spoke with Golf Saskatchewan’s Clark Stork on Monday recapping the week.

Roman Timmerman of Saskatoon was the only other Saskatchewan player to make the cut finishing in a tie for 81st.

Ochitwa competed in his first national event at the Canadian Amateur Championship. He also spoke with Golf Saskatchewan about the week and his breakout year on the amateur circuit in the province.

The trio of Timmerman, Alex Swinnerton, and Brett Henry (pictured below) made up Team Saskatchewan in the Willingdon Cup race, the group placed seventh at 17-over par. Quebec won the inter-provincial event with a score of 3-under par.