Stewart honoured for 50 years of golf 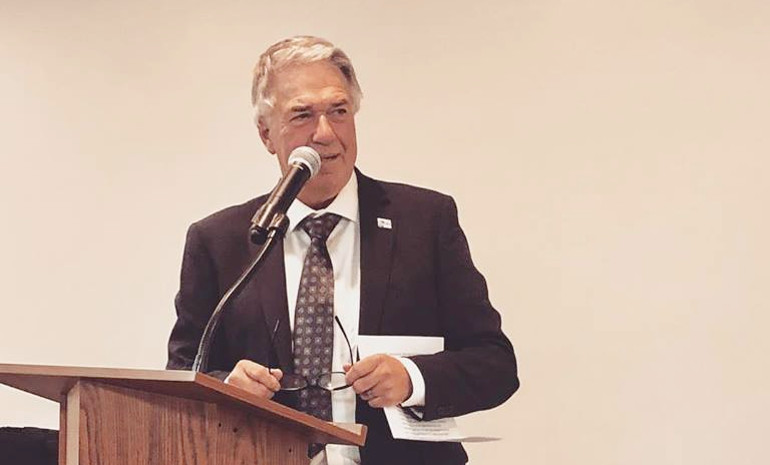 Ron Stewart didn’t aspire to develop a Hall of Fame amateur golf career, but the Prince Albert product carved his path straight down the fairway into one.

Stewart, 66, played a wide variety of sports growing up including curling, track and field, baseball, and golf. When an injury forced Stewart to cut ties with ball at the age of 16 golf became the focus. Stewart turned down a partial scholarship to the University of Washington after graduating high school. After attending the University of Saskatchewan, he took up amateur golf in the province and won three Saskatchewan men’s championships. Despite half a century of success Stewart said his game struggled at times.

“There was some real ups and downs believe me,” he said. “It wasn’t all fun, there was times when you’d lose a tournament or a lead. You’d feel like things were really unravelling but you pick up the pieces and carry on. 50 years later you have a golf career.”

Stewart began golf lessons when he was 11 years old and caddied for several tournaments as a teenager. He said the sport has many qualities that endeared him to the game.

“The personal challenge of getting better, practicing and getting results out of practicing and overcoming obstacles. All of the friendships along the way that a person meets and just the fact it was something I could do all summer,” the former teacher explained.

Stewart won the Saskatchewan amateur title in 1977, 1987, and 2007. He said the long-time joke is he only won in years ending in seven and added perhaps a super senior championship is coming in 2027. Stewart was inducted into the player category of the Saskatchewan Golf Hall of Fame in 2013. He has stepped back from competitive golf in recent years attributing that to a new career after he concluded 30 years of teaching. He admits his game isn’t at the level it once was, but Stewart said he hopes that changes.

“When you aren’t scoring as well you tend not to travel as much. I wanted to make sure I had a second occupation that would occupy much my time and I have that but now I think it’s time to go back and work on my golf game,” he said.

On Sept. 22 the Prince Albert Golf and Curling Club celebrated their 50th anniversary with a weekend long event. Stewart was honoured for his commitment to the sport and facility. Sherry Anderson was recognized on the curling side for her illustrious career as well. Stewart said the weekend event was more curling oriented, but he said having the golf side honoured was great to see. He added that the facility has a special place in his heart and in the city.

“When a person involves a lot into the golf and curling scene it can occupy your competitive side and your social time. There are a number of great facilities in Prince Albert, but I don’t think the other centres necessarily drive an income to the city like golf can drive,” he said.

Stewart won his last amateur title at his home course, the Cooke Municipal. The following season, his son David won the event at the Royal Regina Golf Club. He was also the champion in 2013. David won the men’s Order of Merit championship this season for the third time. Father Ron said he’s proud of his son’s accomplishments.

“His ability to shoot low numbers and play other golf courses so well and winning at a level that I think is much superior to where I was at at his age,” he said. “As long as he keeps playing and improving and giving it his attention like I’m sure he will, when he’s my age at 66, his career will be better than mine.”

“He’s a way better player than me.”