Stewart finally gets over the hump at Scotia Wealth Management Open 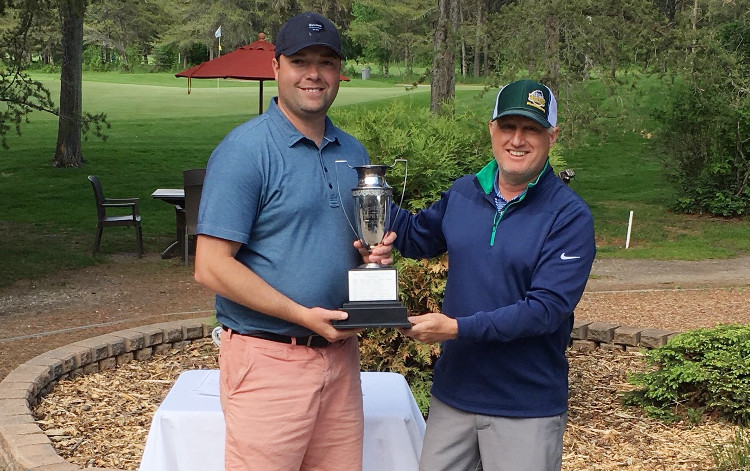 The Saskatoon Golf and Country Club member tore up the Evergreen in Nipawin on the weekend securing a three-stroke victory over Clint Schiller. Stewart, 32, has placed second at the tournament on three separate occasions in the seven times he’s entered the event. He said it was nice to finally be victorious.

“It’s a tournament I’ve wanted to win for a long time,” he said. “I’ve known Dean (Prosky of the host committee) very well, we all recognize this is one of the better if not best tournaments we have in the province. This is the one that’s been looming over me for a few years.”

Stewart collected two birdies and a bogey to go along with 15 pars in round one for a 71 total, on Sunday he birdied seven holes on route to a 67, securing the victory. A self admitted slow starter, Stewart said his entire arsenal was working.

“Everything seemed to click this week, the driving was good, I never put myself in trouble all week and the putter came around. It is a sense of relief I can check off this box,” he said.

Stewart said his short game has struggled over the last few seasons. He said he worked hard to tighten that part of his game up and it paid off over the 36 holes.

“I’ve always felt comfortable driving the ball and tee-to-green, but the Achilles Heel was always my short game and this week it was the strength,” he said.

The tournament had a special feel to it this year. The host committee asked the golfers to wear green or yellow over the weekend paying respect to the community of Humboldt following the Saskatchewan Junior Hockey League’s Broncos bus crash on April 6. Stewart said all the players felt moved by the host committee’s request.

“There was a sense that everyone is pretty grateful to play a game we love. It was extra special to win it on a year something so tragic has happened,” he said.

Stewart is playing a tournament in Melfort this upcoming weekend and is registered for the Saskatchewan Mid-Amateur and Amateur later this summer.

To see the complete field results from the Scotia Wealth Management Open can be found here.