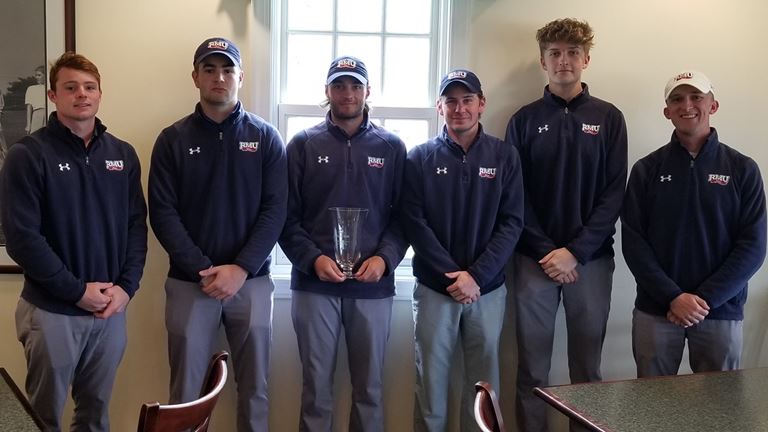 Still chasing his first win, Nagy has another third-place finish to start his spring season as a junior at Robert Morris University (RMU). The Colonials were at the Carpetbagger Classic in Urbana, Maryland this week at Worthington Manor Golf Course. Nagy led for points in the opening round in part due to a 69 on day one. He dropped back with a 75 during the second round but still tied for third at even par.

Nagy’s performance led Robert Morris to a second-place finish in the team event behind the University of Rhode Island. Next up for the Colonials is the Battle at Rum Pointe in Berlin, Maryland on March 26 and 27.

Jace Carlisle has his first action of the spring under his belt. The sophomore at Post University competed in The Battle at the Beech in Haworth, New Jersey on Monday and Tuesday. The Estevan product tied for 16th place at 16-over par, 160 thanks to rounds of 79 and 81 at White Beeches Golf & Country Club.

Carlisle was playing as an individual at the event, the Post University team took first place in the event. Their next action is March 28 when the team travels to Emerson, New Jersey for the Charger Challenge.

Saskatoon born Arizona Christian University (ACU) senior Connor Scissons is coming off a 12th place performance at an event earlier in March, this week the Firestorm men’s golf team was in Las Vegas, Nevada for The Paiute Battle at Paiute Golf Course.

ACU placed 18th as a team, their next tournament is the Masters Invite in Llano, California on April 4 and 5.

Holly Knudsen and the Minot State Beavers were on the course in Bolivar, Missouri for the Midwest Intercollegiate at the Silo Ridge Country Club for an event on Monday and Tuesday. The Chaplin, Sask. product carded a 95 in round one and improved on day two shooting 87 for a two-day total of 182. Her 38-over par left her in a tie for 79th.

The Beavers team placed 17th. They will now regroup and travel to Rapid City, South Dakota on April 4 for the Hardrocker Spring Invitational.

Autumn Neiszner of Regina was also in action this past week. The Keiser University freshman put together rounds of 83, 82, and 79 at Senator Course in Miami Lake, Florida. The Wascana Country Club member finished in a tie for 58th place at 28-over par.

Neiszner was competing as an individual at the Barry Women’s Invitational. Her Keiser teammates placed seventh in the team competition.

Up next for Neiszner and the Seahawks is the Lynn Women’s Invitational in Boca Raton, Florida on April 4 and 5.