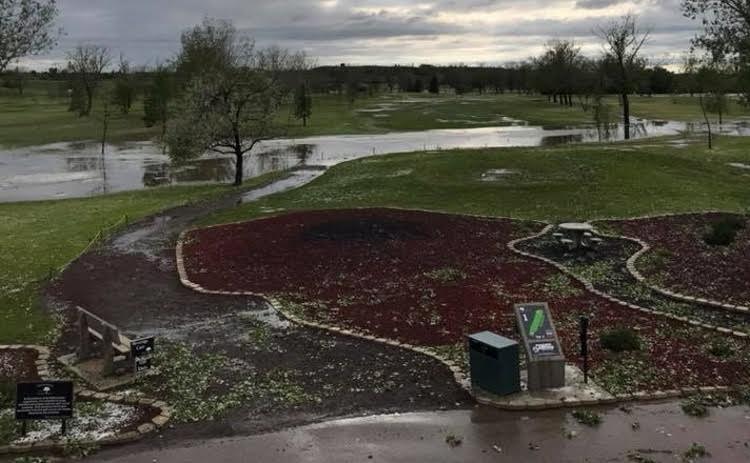 Residents and golf courses across Southeast Saskatchewan are cleaning up Friday following an intense storm system that dropped tennis ball size hail on much of the corner of the province including Estevan.

Between 30 and 40 trees were knocked down at the TS&M Woodlawn Golf Club during Thursday afternoon’s storm. General manager Amanda Minchin said some greens suffered hail damage and several windows were broken in some of their outlying buildings. In 2014, the Woodlawn suffered massive flooding on the course following a storm. Kinchin said the staff is familiar with severe weather.

Thankfully no injuries were reported across the region due to the storms. No tornadoes have been reported by Environment Canada in Saskatchewan, one did touch down in Southwest Manitoba. Minchin said their most important extreme weather protocol is making sure golfers and the staff is safe.

“There is nothing you can do to stop Mother Nature. We have emergency protocols in place for people in the building and on the golf course, that is what we are focused on. The staff did the right thing and got everyone down to the basement and away from the windows, in terms of doing something on the course to prepare for this, there’s nothing you can do,” Minchin said.

The staff is working on the cleanup effort Friday; Minchin said they hope to have the course back open on Saturday.