Some separation among leaders of amateur championships 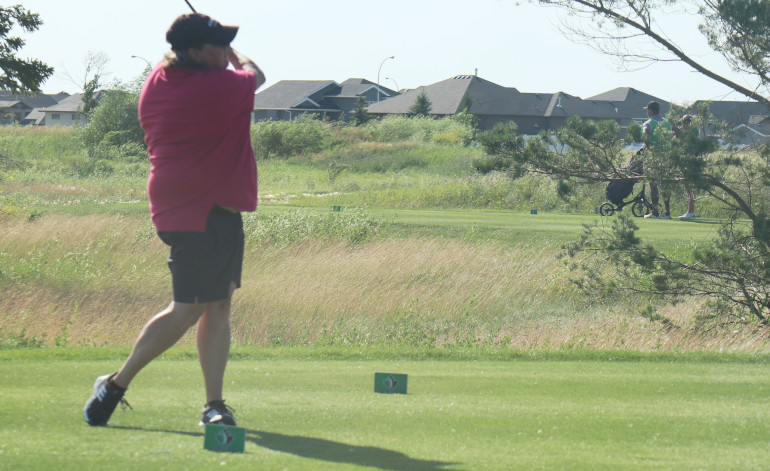 Kathy Ziglo is looking for her second straight amateur win.

The Saskatoon product used a steady breeze throughout the day on Wednesday during round two of the 2020 provincial championship to assist in carding a round of even-par, 72 at The Legends in Warman.

In prime playing conditions Tuesday Ziglo shot 4-over, 76 leaving her in a tie with Yorkton’s Ella Kozak after the first 18 holes. She will take a four-stroke lead into Thursday’s final round over Brooklin Fry.

The Shell Lake golfer wasn’t bothered by the breeze either, Fry also shot even par in the middle round of the 54-championship that concludes Thursday. Autumn Neiszner sits in third place at 12-over par.

The women will begin teeing off at 9 a.m. The final group of Ziglo, Fry, Neiszner, and Kozak will start at 9:30 a.m.

The wind didn’t seem to trouble Ty Campbell either on Wednesday in the 109th Saskatchewan Amateur Men’s Championship.

The Saskatoon golfer equalled his opening round score of 5-under, 67 (-10 overall) on route to a five-shot lead over Unity’s Justin Wood. The two players were tied at minus-5 after the first round of the championship.

Payton Ochitwa (Saskatoon), Kyle Wiebe (Madison), and two-time champion Scott Thompson (North Battleford) are all tied at 3-under through 36 holes.

The top 20 players and ties will make the cut following Thursday’s round. The championship will conclude Friday in Warman.

The third round will begin at 6:40 a.m. The leaderboard can be seen here.

Despite falling five strokes back in the amateur championship, Wood maintained the lead in the Mid-Amateur Championship. The mid-am event is open to players 25 years of age and older.

Thompson sits in second place at 3-under. Saskatoon’s Travis Frey is in third place at 2-under par. Last year’s dual champion, Danny Klughart is in a fourth-place tie with Melville’s Mitch Matichuk and Dylan Hoemsen of Regina at minus-1.

The mid-am will conclude Thursday after the third round.