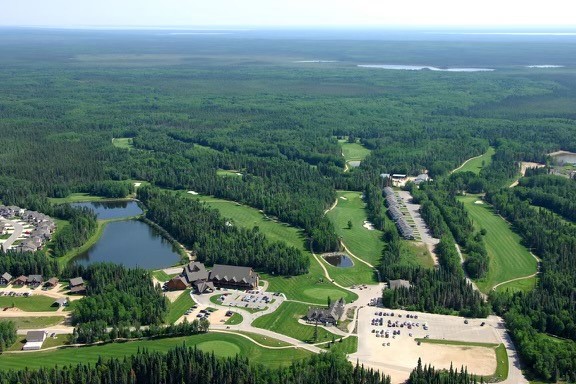 Thanks to sponsor exemptions, six Saskatchewan golfers were given the opportunity to compete in the upcoming Mackenzie Tour event, the Elk Ridge Open.

The Mackenzie Tour event is from Sept. 6 – 10 at Elk Ridge Resort. Among the field through exemptions will be Phil Jonas, Ryan Wells, Roman Timmerman, Danny Klughart, Josh Nagy, and Trevor Bloom.

“Our Routes2SK Inc. group is very excited for this event; we are proud of all the Saskatchewan talent that represents our six sponsor exemptions. All these golfers are great people, and we wish them all the best in this event. Our province will be well represented with this group,” Danberg stated.

Jonas, a former PGA Tour Professional and competitor in four major championships relocated to Saskatoon from the Vancouver area. Jonas has won several PGA of Saskatchewan events since his arrival. He said returning to a PGA Canada Tour event is exciting.

“I’m very honoured to receive a sponsor exemption into the Mackenzie Tour Elk Ridge Open. It has been 35 years since I played my first Mackenzie (Canadian) Tour event and so it’s exciting to be at the first of many tour events at Elk Ridge. I’ve heard a lot of good things about the course and resort so I’m looking forward to it,” Jonas said.

Wells is the current head professional at Elk Ridge, a position he’s held since the new ownership group took over the property. He said the experience will be great, especially at his home course.

“I’m very honoured to play in the Elk Ridge Open and represent Elk Ridge Resort and the PGA of Saskatchewan at this years fall event. It’s going to be a great experience and I’m looking forward to meeting and playing with the future Members of the PGA Tour,” Wells said.

“Obviously it’s pretty special to get this experience,” he said. “It’s something I’ve wanted to do for quite a few years now. I always wanted to play in the one at Dakota Dunes but now having the opportunity to play at Elk Ridge so close to home is a special opportunity. I want to thank the management group for the opportunity for all of us, there is going to be a great local contingent in the next couple weeks.”

Bloom, originally from Canwood, Saskatchewan now calls Kelowna home but his familiarity with Waskesiu Golf Course assisted him on route to a Men’s Lobstick win and a sponsor’s exemption into the Elk Ridge. He said getting the exemption is exciting.

“It’s sweet to get the exemption into the Elk Ridge Open,” he said after the Lobstick win.

Nagy, a two-time Saskatchewan junior men’s champion is an Elk Ridge Junior Player graduate, the Robert Morris University player will make his professional debut at the event. Nagy said he is thankful for the opportunity to play in his first professional event.

“Thank you to Elk Ridge for giving me and the rest of us the opportunity to see how our game stands against the next level of talent,” Nagy said.

Timmerman earned his start through his record-breaking win at the Saskatchewan Amateur Championship earlier this year. The Saskatoon product was 26-under at the event, breaking the previous record of 22-under held by Elk Ridge Open Ambassador Graham DeLaet. Unfortunately, Timmerman won’t be playing in the event. The schedule didn’t align with his school itinerary as he starts his final year at Southern Arkansas University.

For more information on the Elk Ridge Open, click here.