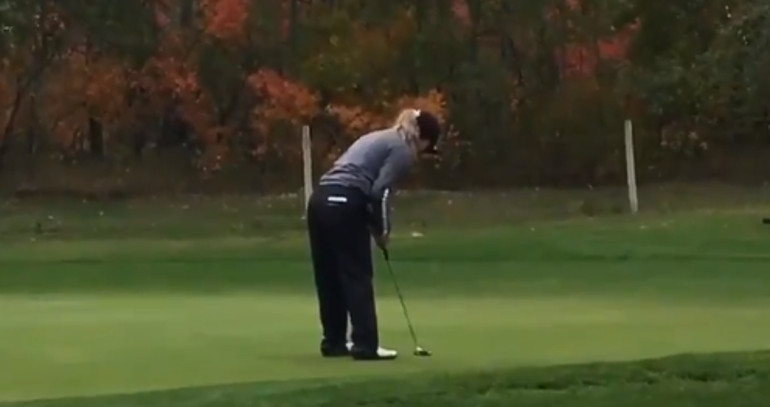 Sies, 19, was the co-winner of the Alberta Colleges Athletic Conference (ACAC) Women’s North Regional on Sunday in Lac La Biche. Sies, who attends Red Deer College tied with Becky Martin at plus-23 for the win at the Lac La Biche Golf and Country Club. She said winning her first college tournament is a great feeling.

“Honestly, it’s surreal right now,” Sies told Golf Saskatchewan on Monday. “I texted my mom this morning and said can you believe, it was my first start, my first win? It’s so crazy, I can’t believe I actually did that though.”

Conditions at the northern Alberta course were less than ideal. Snow blanketed the area leading up to the practice round on Friday. Sies said the snow melted off in time to play on the weekend. She shot 18-over, 90 during round one but responded with a 5-over, 77 during the second round to tie on top of the leaderboard. Sies said she battled the elements and focused on her own play.

“It was cold, it was windy, it was raining, there was sleet, it wasn’t a fun tournament to play but I took the conditions as they were and played my own game,” she said.

Martin and Sies didn’t have a playoff, the tournament officials determined to leave the event with co-winners. She said winning her first event could set the table for a great first year in Alberta. Sies will compete in another three tournaments this season culminating with the national championship in Medicine Hat in October. She said the expectations are high for her and her teammates.

“I’m hoping so, we have a strong team with both men and women, we’re hoping to go all the way,” she said.

Next up is an ACAC event in Edmonton, Red Deer will host provincials followed by the national event.