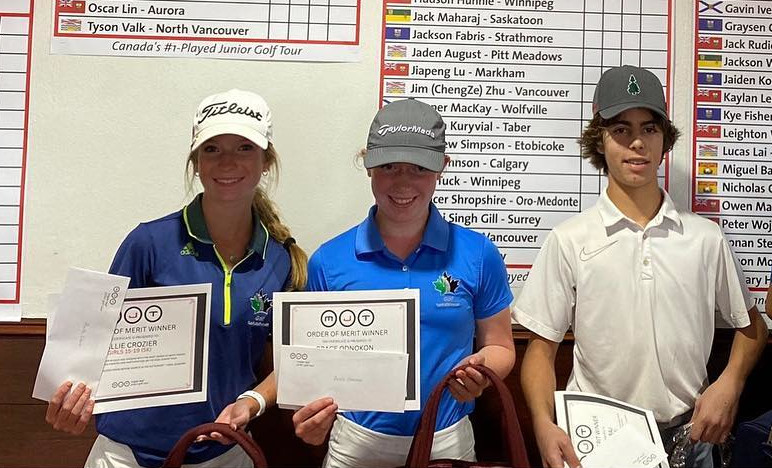 Nesbitt, 11, fired back-to-back rounds of 77 to finish tied for fourth in the peewee boys category at Orange Country National Golf Club on Sunday. He was 10 shots behind the winner. 12-year-old Lucas Sturgeon of Saskatoon shot rounds of 83 and 79, he finished in eighth spot in the peewee boys division.

In the bantam boys category Saskatoon’s Jack Maharaj made the top 10 thanks to rounds of 76 and 79. The 14-year-old was 13 shots behind the winner. Aricin Franklin of Saskatoon was also competing in the bantam group, the 13-year-old shot 80 and 78.

Saskatoon golfers Carter Bell and Jackson Wingert were also in Florida at the championship competing in the junior boys division. Bell was 18th at 161 (82, 79) and Wingert was 19th with an 84 and 80.