Several Sask. golfers in the hunt at MJT Nationals 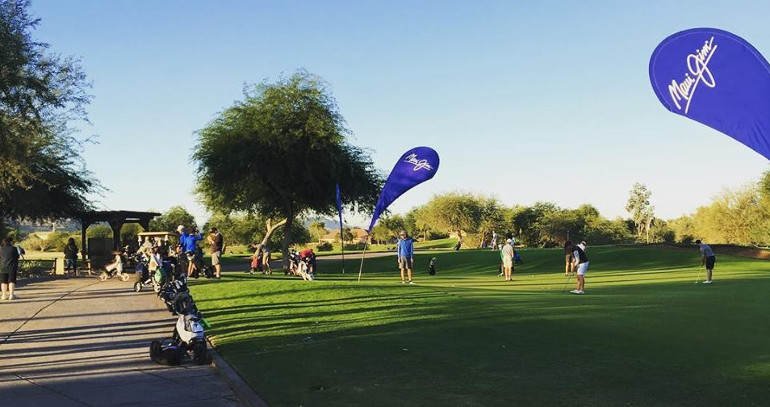 Day one of the Maple Leaf Junior Tour (MJT) National Championship is in the books in Phoenix, Arizona with several Saskatchewan golfers in the hunt.

Deer Valley’s Cole Obrigewitsch is three shots back of the lead in the collegiate division of the tournament. Obrigewitsch shot an even par 72 during the first day of the invite-only event. The 19-year-old sits second in his age group, three of the pace. Martensville’s Jax Chipman opened with a seven-over 79, Keighton McNab of Saskatoon also carded a 79.

Swift Current’s Griffin Wilson is the top Saskatchewan golfer in the junior boys age group, he is four shots back after round one posting 75, the 17-year-old is tied for fourth. Estevan’s Jace Carlisle is seven back at 79, Avonlea’s Brayden Nestman opened with a 91.

Will Danielson of Saskatoon is the top local player in the juvenile boys age group at three-over 75.  Among the almost 40 competitors in the division Danielson ranks 10th, just four strokes back of the leader.

Darien Herlick of Weyburn and Saskatoon’s Max Regier are among the bantam boys’ competitors. Herlick is tied for eighth, Regier is 13th after round one.

In the 15 to 18 age girl’s division Deer Valley’s Carey McLean sits sixth, Moose Jaw’s Raylyn Schnidt is 22 strokes back in eighth. In the under-15 girls Ella Kozak is the top Saskatchewan performer. The 12-year-old is 13 shots behind the leader, 14-year-old Autumn Nieszner is 14 strokes bac of Langley`s Erin Lee.

The over 100 competitors will tee off again at 9 a.m. Saskatchewan time Saturday.