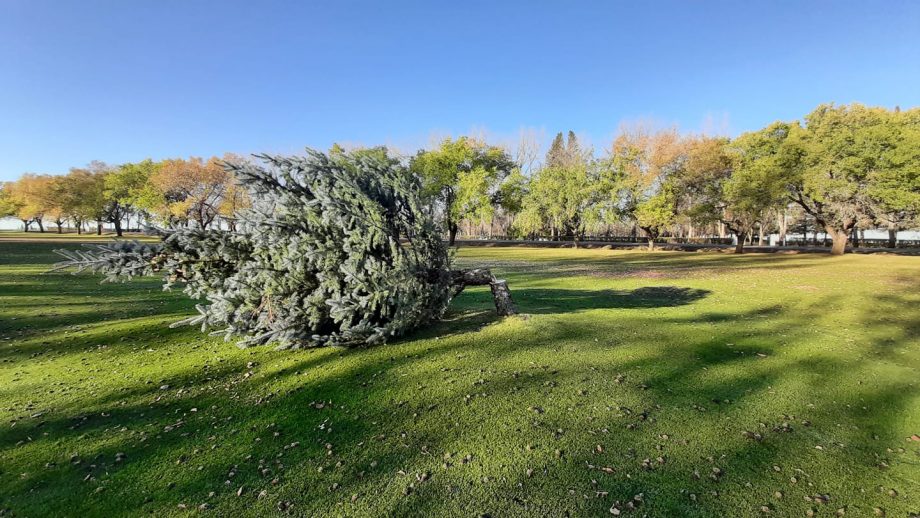 The Wynyard Golf Club was disappointed recently after a memorial tree on hole nine was cut down.
Clark Stork

An act of senseless vandalism at the Wynyard Golf Club has the community branching out.

13 years ago, the family of longtime club member Ray Skjervan purchased a tree that was placed on hole nine to honour his legacy and commitment to the course in the community. Sometime on either Oct. 15 or 16 someone chopped the Colorado Spruce down. Superintendent Dale Johnston said the news was very disappointing.

“It was a memorial tree, we had an avid golfer that golfed lots and after he was deceased his family decided to purchase a tree, a Colorado Spruce and put it in a prominent space,” Johnston explained to Golf Saskatchewan. “We did that, 13 years ago, we nurtured it and got it going. Some golfers with any tree they like it, or they don’t like it. It was prominent in the middle of the number nine fairway, it made for a decent hole and a challenge. The comments are that people are disappointed, they are angry, some can’t believe it.”

“We have had some say I have one in my yard you can take, and I have one here you can take, I will pay to replace it. Something will be done to make it up to the family,” Johnston continued.

Johnston said the comments around the small central Saskatchewan town echo those on Facebook that people are upset by the news. He added that the feedback is appreciated as the club continues to be a hub in the region.

“It makes us know that what we do out here is appreciated,” he added. “When something like this happens everyone is disappointed about it. Some feel bad for us because we look after it. Everybody in the community is behind replacing it and the frustration.”