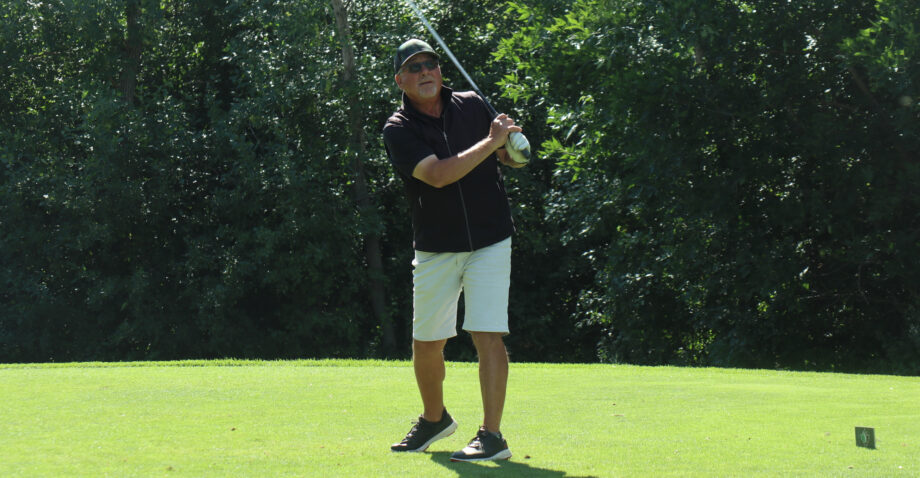 There is no new leaders in any of the age categories competing in the Saskatchewan Senior Women’s, Men’s, and Mid-Masters (40+) Championships in Estevan.

Delisle’s Colin Coben will take a four shot lead into Thursday’s final round after posting a 1-over par, 73 during the second round at TS&M Woodlawn Golf Club on Wednesday. Coben took a four shot lead after a 4-under par, 68 on Tuesday. He’s also the leader of super-senior (65+) age group.

Coben is chasing his fourth Saskatchewan senior provincial win and first since 2014. Lurking in second place is two-time defending champion Rick Hallberg of Weyburn. Hallberg also shot 73 Wednesday and sits at 1-over par for the event.

Brent Wotypka of Swift Current was a big mover on the day jumping six spots up the leaderboard to join Coben and Hallberg in the final group on Thursday.

In the Mid-Masters Championship Chris Reid retained his first round lead over the field. Reid wasn’t as sharp as he was in round one when he shot 4-under par, 68, but the Meadow Lake product is still a shot ahead of Hallberg at even par thanks to his 4-over par, 76 on Wednesday.

Wotypka is third in the division at 3-over par.

The complete results from the senior men’s championships can be seen here.

Regina’s Kim Walker is one round away from defending her senior women’s championship and third in four years.

The Wascana Country Club player is six strokes ahead of both Lorie Boyle of Moose Jaw and Tamara Harasen of Regina. Walker shot 73 on Tuesday in round one, she followed that with an 8-over par, 80 to maintain the lead at 9-over par going into the final round at TS&M Woodlawn Golf Club.

Shelley Ruecker (Moose Jaw) and Jo-Anne Schiller (Lloydminster) are tied for fifth place at 20-over par.

The complete results of the Senior Women’s Championship can be found here.

The final round of the championships will begin at 7:30 a.m. in Estevan.