Season off to a sizzling start for Fry; wins Ladies Northern 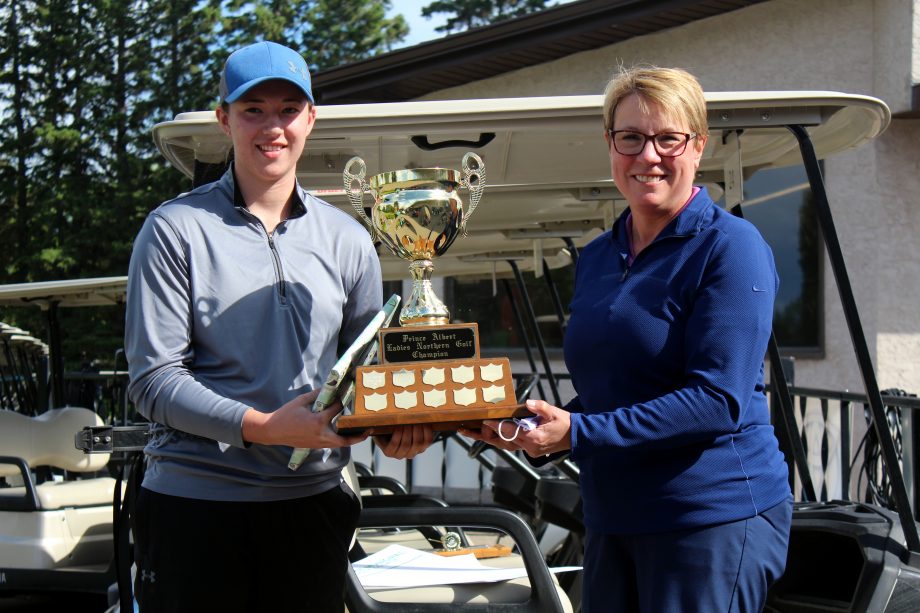 Shell Lake’s Brooklin Fry has her first tournament win of the season as she claimed the Ladies Northern at Prince Albert’s Cooke Municipal Golf Course on Sunday.

The reigning junior and amateur women’s champion was able to hold off four-time Northern winner Kim Brown and Ella Kozak by just two strokes to claim the title. Fry posted rounds of 75 and 77 for a 36-hole total of 152. The 16-year-old said there was some early season jitters, but she was happy with the win.

“It felt pretty awesome,” she told Golf Saskatchewan. “It definitely put some confidence back under my belt again to start off the year. I was nervous just because it was the first tournament of the year and it’s been a while since I’ve competed, so I got a bit to excited.”

Fry’s 75 on Saturday gave her a one-shot lead over Kozak, Brown, Autumn Neiszner and Kathy Ziglo. She was able to hold off the field on the final day to secure her first victory at the historic tournament that had 63 players in the field. She said picking up the victory early in the season allows her to believe she can win every event she plays.

“Winning this tournament definitely boosted my confidence and I think if I stick to my game and focus one shot at a time I have a chance,” she said.

Fry has full slate of events scheduled for this summer including defending her junior and amateur wins in July. One event she is really looking forward to is the Ladies Lobstick near the end of August. She finished second last year and hopes to improve on that finish later this year.

The full results of the Ladies Northern can be found here.