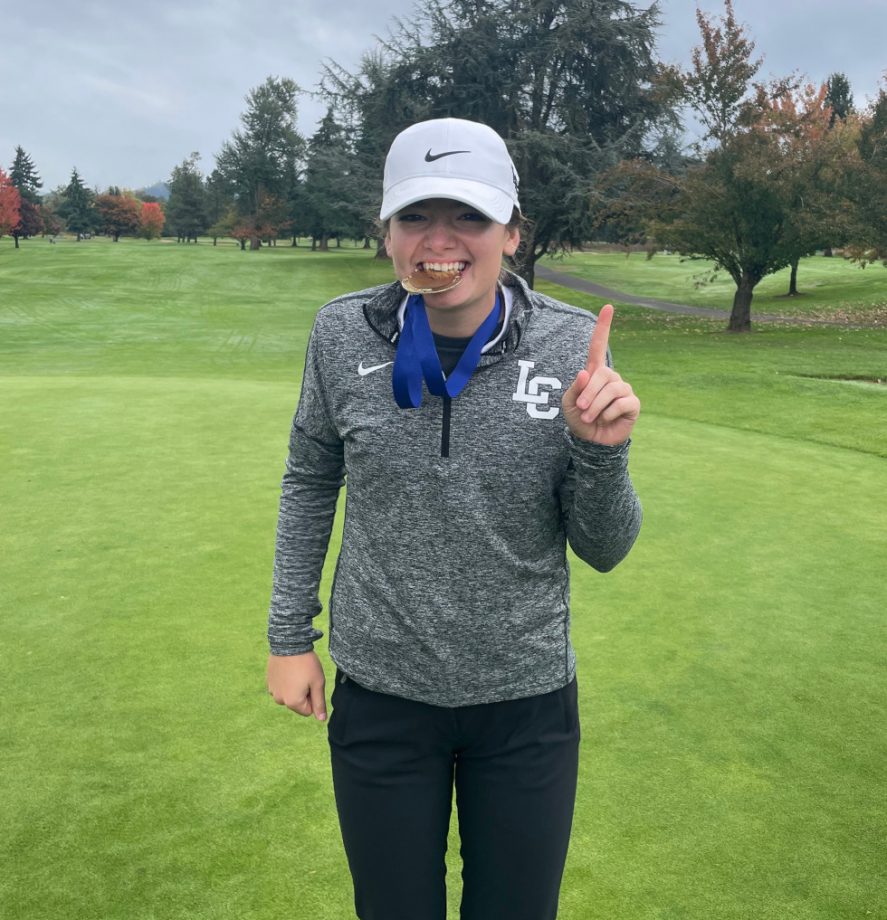 The senior at Lewis-Clark State College has had several podium finishes over her career but she can finally add a tournament win to her resume. Schmidt won the Bushnell Invitational in Creswell, Oregon on Monday by six strokes with a two-round score of 3-over, 147. She said finally breaking through at the college level is something she will remember for a long time as she was able to share the moment with her mom and dad.

“It was super exciting, it was definitely a fun way to end the fall season,” she said. “I have been putting a tonne of work into my game and to have it all pay off was a pretty special moment and to have my parents there to see it happen and hug me on the 18th green was even more special.”

The Royal Regina Golf Club member had a half dozen shot lead going into the final round, but it took some perseverance for Schmidt to seal the win in round two.

“I started out the round pretty nervous, I made five bogeys in my first six holes. My coach came over to me after that and got me a little more settled in and walked with me for a couple holes. I finally got some things rolling and made some birdies and got a little bit more comfortable and was able to close out the day,” Schmidt explained.

The win came at the last event of the fall golf season. The team will take a break and begin again in the new year. Schmidt said the victory elevates her confidence going into the second half of her last year, but for now she’s going to relish in this win.

“I set some big goals for myself this year and winning a tournament was one of them so to be able to do that is pretty great,” she said.

The team was second overall.

You can hear more from Schmidt below in her interview with Golf Saskatchewan’s Clark Stork.

Elsewhere in the United States on the college golf scene Prince Albert’s TJ Baker closed his fall season with the University of Arkansas at Monticello at the Ranger Invitational at Meadowlake Golf Course in Enid, Oklahoma on Tuesday.

Baker shot 84 in round one but rebounded with a 75 in the second round to finish at 17-over par. He tied for 28th. The team placed fifth overall.

Saskatoon’s Caden Loeppky was also in action this week with his Waldorf University teammates in Ankeny, Indiana on Monday and Tuesday. Loeppky shot rounds of 76 and 80 at Otter Creek Golf Course. He placed in a tie for 37th at 156 in his final event of his freshman fall season with the Warriors.

Several other Saskatchewan student-athletes will be in action next week before the winter break kicks in.