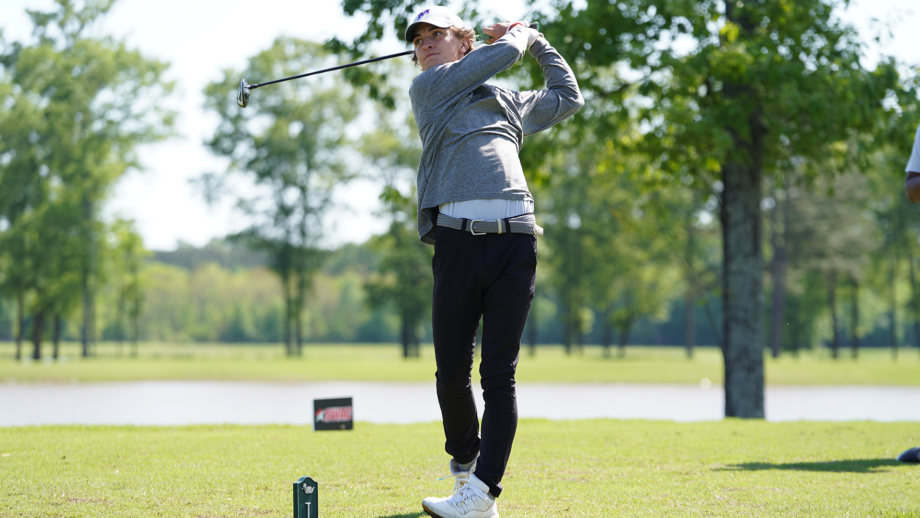 Regina’s Alex Schmidt has started her final golf season at Lewis-Clarke State College with a bang.

The Warriors won the team championship by 21 strokes.

Schmidt followed her silver medal performance with a tie for 12th at this week’s College of Idaho Invitational in Caldwell, Idaho on Monday, and Tuesday. She carded rounds of 81 and 76, the team placed third overall.

Next up for Lewis-Clarke is the Multnomah Invitational in Portland, Oregon on Sept. 26 and 27.

Chaplin’s Holly Knudsen has been on the course in the United States competing since August with the Minot State Beavers women’s golf team. Knudsen started the season great with a top-five showing at the MSUM Maverick Invitational in Faribault Golf Club in Minnesota. She posted rounds of 84 and 79 to lead the team. The Beavers placed sixth in the team standings.

Minot State just returned from Bemidji, Minnesota after competing in the Tracy Lane Memorial on Sept 12 and 13. Knudsen tied for 18th at the event shooting 82 and 89. The team was seventh.

Next on the Beavers schedule is the Hardrocker Fall Invitational in Rapid City, South Dakota on Sept. 19 and 20.

Saskatoon product Will Danielson kicked off his sophomore season at Milsaps College with his best collegiate finish. Danielson tied for third at the SAA Preview in Dickson, Tennessee at the Greystone Golf Club thanks to rounds of 75 and 69. Danielson helped the Majors place third as a squad. They will now travel to Delhi, Louisiana for the Tri-Match at Black Bear Golf Club on Oct. 1.

Jace Carlisle and his Post University teammates kicked off their 2022 Fall season with a bronze medal performance at the Granite State Opener in Concord, New Hampshire on Sept. 12 – 13. The Estevan product finished in a tie for 32nd at the event at the Beaver Meadow Golf Course. Carlisle opened with an 81 in round one but bounced back nicely with a 72 in round two.

The Eagles next action is the FPU Fall Invitational at Northern Spy Golf Club in Townsend, Massachusetts.

Robert Morris University competed in the Alex Lagowitz Memorial in Hamilton, New York in early September. Josh Nagy of Saskatoon kicked off his senior year with the Colonials finishing tied for 18th at 2-over par. Nagy fired rounds of 76, 68, and 74 at the Seven Oaks Golf Club on Sept. 4 and 5.

The team was 10th, they travel to Chesterton, Indiana on Sept. 19 for the Valparaiso Invitational.

Both Chase Gedak and TJ Baker were in action this week playing in the GAC Preview at the Lake Hefner Golf Club in Oklahoma City, Oklahoma. Gedak helped Arkansas – Monticello to a tie for fifth in the team event thanks to a tie for 24th finish. The Estevan native shot 71 before firing back-to-back 73’s to close the 54-hole championship.

The Weevils next event is the annual Battle for the Belt in Hot Springs, Arkansas on Oct. 3 and 4.

Caden Loeppky has two events under his belt already this year for Waldorf University.

On Sept. 8 the team played in the one day, 18-hole Trojan Invitational and placed fifth out of 11 teams. Loeppky shot 78 and placed in a tie for 21st.

The Warriors then travelled to Marion, Iowa for a 36-hole tournament at Hunters Ridge Golf Club on Sept. 10 and 11. The Saskatoon product tied for 34th after rounds of 82 and 81. Waldorf tied for fourth as a team.

The Buena Vista Invitational is next up for Waldorf on Sept. 18 and 19 at Storm Lake, Iowa.

Alex Swinnerton of Saskatoon made his collegiate debut this week for Indiana University of Pennsylvania and showed he’s ready for the next level. Swinnerton tied for sixth overall at 142 thanks to rounds of 70 and 72 at the Edgewood Country Club in Charleston, West Virginia during the Golden Eagle Invitational.

Guillermo Salazar, also a Waskesiu Golf Course member with Swinnerton made his debut as well finishing in a tie for 32nd at 148 (71, 77).

The team tied for first in the tournament with Glenville State College. The Hawks next scheduled tournament is the Mercyhurst Fall Invitational in North East, Pennsylvania on Sept. 16 – 17.

The Assiniboia Golf Course member tied for 13th in his first college event at Eagle Bend Golf Club in Lawrence, Kansas. Bourassa shot 74 and 80 at the Ottawa University Fall Invite to help MidAmerica Nazarene University place in a tie for second overall.

Next up is the Northwest Iowa National Invitational at the Willow Creek Golf at Le Mars, Iowa on Sept. 18 – 20.

To see more details on all the Saskatchewan golfers playing college click here.