Schmidt jumps out to a first-round lead; usual suspects battling for men’s championships 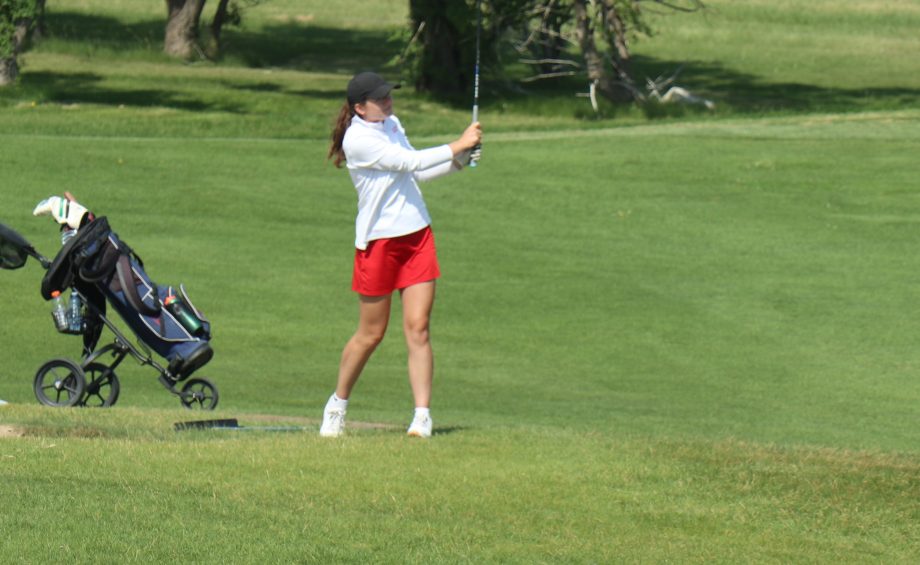 Alex Schmidt is the round one leader of the 2021 Saskatchewan women's amateur championship.
Clark Stork

The Royal Regina Golf Club member sits six shots ahead of both Autumn Neiszner and Ella Kozak after round one of the 54-hole championship being played in Swift Current at the Elmwood Golf Club. Schmidt was steady through the opening round posting four birdies and six bogeys paving the way for a 2-over, 74.

Neiszner (Regina) and Kozak (Yorkton) are tied at 8-over, 80 going into the second of three rounds.

The full results can be found here. The second round begins Wednesday at 12:06 p.m.

Saskatoon’s Roman Timmerman shot the round of the day in Swift Current with a 7-under, 65 to take the early lead at the Saskatchewan Men’s Amateur Championship.

Timmerman started strong shooting three birdies in his first six holes before he put together a string of five straight birdies on the back nine holes to open a three-stroke lead on Prince Albert’s Danny Klughart. Klughart sits at 4-under par. A trio of players are tied for third place after the opening 18 holes including Ty Campbell (Saskatoon), Mike Valk (Medicine Hat), and Chase Pochylko (Saskatoon), they are all 3-under par.

The Men’s Amateur is four rounds, the second round gets underway at 7 a.m. on Wednesday.

The complete results from round one can be found here.

Prince Albert’s Danny Klughart has a good start on the defense of his Saskatchewan mid-amateur championship.

The two-time defending champ is once again in the lead of the 25 and over age group in Swift Current at the Elmwood Golf Club. Klughart didn’t begin his opening round on a good note with a double-bogey on the second hole and another bogey on hole five, but the Cooke Municipal club champion rattled off six birdies in the final 13 holes to finish at 4-under, 68.

Regina’s Tyler Wright and Scott Allan of Saskatoon are tied for fourth at even par.

The full results are available here.

Round two of three will tee off Wednesday at 7 a.m.