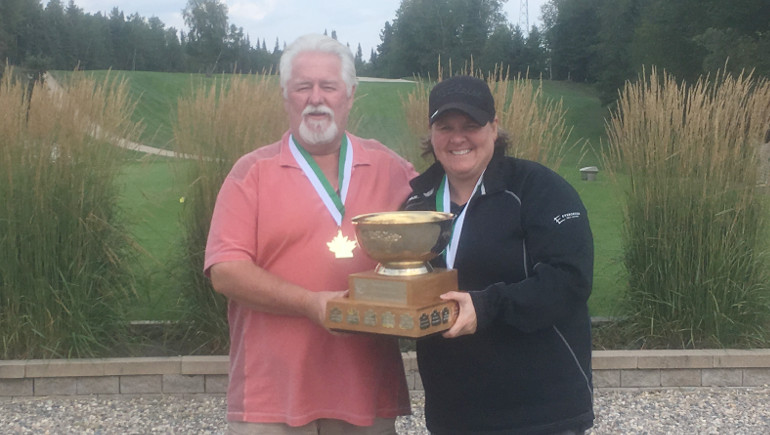 Ian Larocque and Kathy Ziglo are the winners of the 20th Mixed Team Championship.

The twosome of Kathy Ziglo and Ian Larocque were the lone team to shoot under par on route to the 20th Mixed Team Championship this past weekend at Elk Ridge Resort.

Ziglo and Larocque combined for a 70 on day of the event Saturday, they shot a 68 on Sunday to win the event by six strokes over Brent Wotypka and and Kathy Hopfner (below) of Swift Current. They were tied with Ziglo and Larocque after day one but faltered during the second round shooting 74.

Prince Albert’s Cory and Kayla Sawchuk (below) won the bronze medal at the event firing a one-over, 145.

The field consisted of 58 golfers, or 29 teams. The format focused on a team game. Each player teed off and proceeded to play their partners’ ball to the green. Once the competitors reached the green they decided on which ball to hole out.

You can see all the scoring results here.