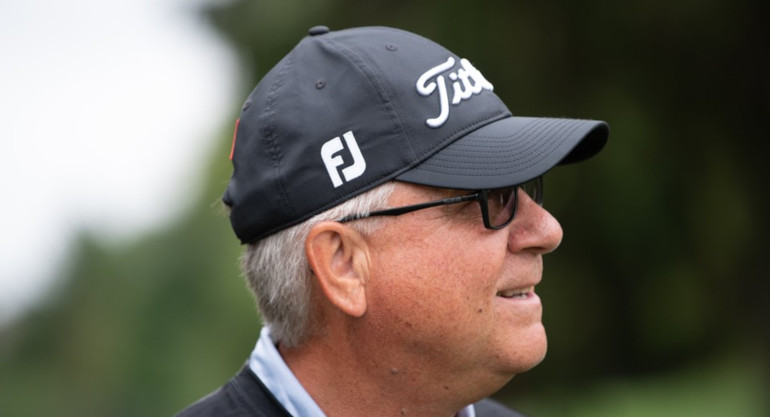 The Saskatchewan seniors who represented the province at the Canadian championship are pleased with the event and their performances after the fact.

The field started with 156 golfers from across Canada and the United States. The cut line was the top 70 players plus ties. Coben said the way you play doesn’t always reflect the score, but he managed to show well during the event.

“The top-25 is okay but, I was 12th after the second day. I didn’t play well the first day and shot 74 with bogeys on the last two holes which is still an okay score. The next day I played pretty well and shot 72, and then that 80, I don’t know where they come from but, you’re playing hard. The next day was a real tough day, it was windy and cool.”

The team consisting of Coben, Ken Rodgers, and Brent Wotypka finished well in fourth place during the inter-provincial competition. After round one the team was in seventh but a strong second day bumped them up the leaderboard. Coben said they did have bragging rights over our neighbours to the East.

“We weren’t good the first day, but we had a couple really good scores the second day and got into fourth,” Coben explained. “We were hanging out with all the Manitoba boys and they had us but we surpassed them and beat them by a shot so that was good.”

Overall this was Coben’s 31st national championship experience. He’s made the cut in all but one senior event he’s participated in. While in Toronto the Saskatchewanians joined some friends from other provinces and took in a Blue Jays game as part of the trip. Coben said the golf is important but other memories will last a lifetime.

“I keep track of what I’ve done, and it will look good on there, you make the cut and top-25 but, the comradery is second to none. You see a lot of guys you see once a year at this thing, you are happy to see them, and they are happy to see you. It’s really good, hopefully a guy can get back next year,” he added.

2018 provincial senior champion Rick Hallberg was the team alternate this year at nationals, the Weyburn product had a strong showing finishing as well tying for 32nd. Hallberg shot rounds of 76, 75, 78, and 75 to finish at plus-20. The Golf Kenosee member was encouraged with his week.

“I’m not going to complain, that’s for sure,” he told Golf Saskatchewan. “I am happy with the way I played, I played with a lot of really good guys and had a good time. I played my practice round with a member there who was on the Ontario team so, he gave me and Rick Hillestad lots of good teams. There was lots of great guys out there, the comradery was really good.”

Arguably Hallberg was the most consistent Saskatchewan golfer at the event, although he didn’t reach par like Coben or Rodgers who also made the cut, he didn’t shoot hire than 78. Hallberg said limiting mistakes is key, but hole eight at Cedar Brae caused him some issues or his score potentially gets him inside the top 20.

“You try not to make any mistakes, if you get in a little bit of a pickle just try to play smart and settle for a bogey. I had a couple bad holes the first two days on the same hole, I shanked the ball off the tee both days which I don’t normally do. That cost me a double and a triple but, that’s golf. It’s not an easy game,” he said.

Travelling to Scarborough and playing Cedar Brae was a highlight for Hallberg as well. He said national events never disappoint.

“I’ve played a couple courses in the top-15 or so in the country and Cedar Brae was as good as anything I’ve ever played,” he said. “Spectacular conditions, excellent staff, back shop guys looking after our bags, the proshop people, everything as far as that was absolutely spectacular.”

Rodgers placed tied for 48th at the event. Hillestad was a couple shots back of the cut line at 16-over. Wotypka, playing in his first national amateur in over 40 years finished at 20-over.

The Saskatchewan amateur senior Order of Merit season is over, Hallberg is the back-to-back champion. He’s the first defending champion since Coben won three straight years from 2011-13. Hallberg said he’s pleased to win the standings as he edged Coben by 50 points.

“I was happy with the way I played this year. I got to play with a lot of good players this year again. I got to play against Colin several times. It’s always tough to compete against him, he’s a good player and one of the nicest guys you will ever play with. All the guys at provincials too, Ken, Brent, great bunch of guys, I can’t imagine going to a golf tournament without those guys around,” Hallberg concluded.