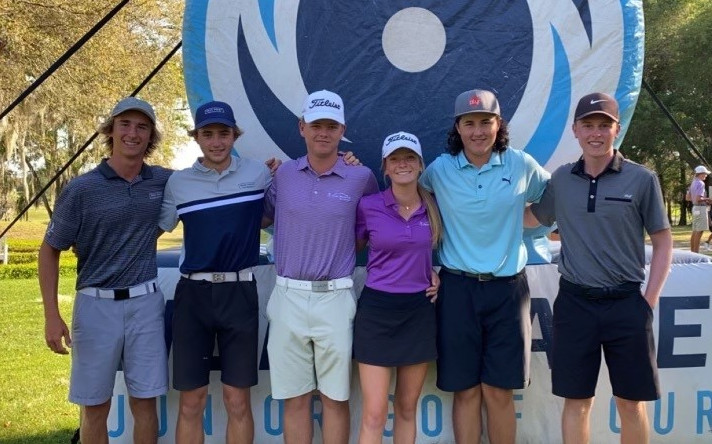 There was plenty of Saskatchewan shot makers at this weekend’s Hurricane Junior Golf Tour (HJGT) event at the Redtail Golf Club in Sorrento, Florida.

Saskatoon’s Tommy Danielson and Chase Pochylko tied for second in the boys 16 to 18 age group with 36-hole score of 2-over par, 146. Danielson shot 74 on day one and 72 during the second round. Pochylko stroked back-to-back 73’s.

Carter Bell, another Saskatoon golfer finished tied for fifth at 9 over par. Bell carded 78 during the opening round and 76 in the second.

Assiniboia product Davin Karst is also in Florida preparing for the upcoming season, he placed 23rd in the event at plus-12. Karst shot 85 and 84 for a two day total of 169.

Hamilton’s Lucas Smith won the event at 3 under par.

Hallie Crozier of Regina competed in the girls 14 to 18 age group. She placed 19th, 14 shots behind the winner. The Royal Regina Golf Club member shot 85 and 86 in the tournament finishing 14-over par.