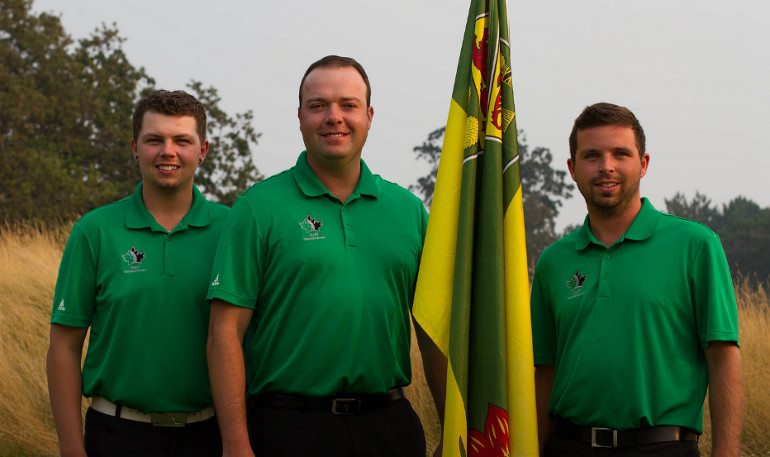 Brett Henry put up the best score among the handful of Saskatchewan golfers still in the field at the Canadian Mid-Amateur Championship in Victoria, B.C. on Thursday.

The Prince Albert product stroked a 1-over, 71 bringing his three-round total to 217. Henry’s score leaves him in 16th place heading into Friday’s final round of the event at the Victoria Golf Club. He opened with a birdie on hole one but ran into trouble with a trio of bogeys in a row on holes three, four, and five. Henry managed to sprinkle three birdies into his best round of the 72-hole tournament.

Humboldt’s Mike Herperger continued his solid showing as well shooting a 2-over, 72. He sits in a tie for 17th.

Regina’s Travis Fifi, who was once as high as fifth in the event dropped back to a tie for 31st after posting an 11-over, 81 in round three. Shawn McNall of Regina played well carding a 73, he’s in a tie for 45th and Saskatoon’s Shaun Dunphy shot a 6-over, 76. Dunphy sits in a tie for 60th.

Victoria’s Saare Adams leads the tournament at 3-under par, the winner receives an exemption into the 2019 RBC Canadian Open.